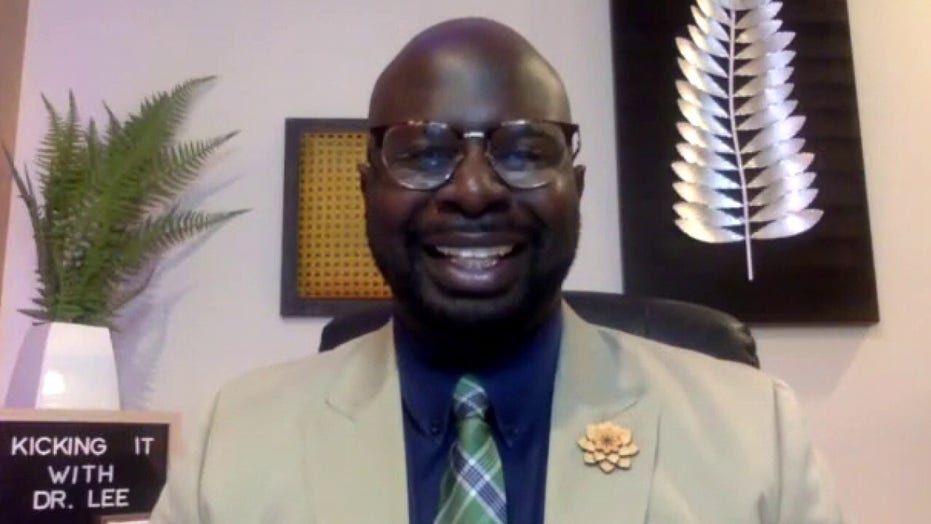 Dr. Quentin Lee, head of Childersburg High School in its namesake town in Alabama, knew his students would need a morale booster before coming back to class during the coronavirus pandemic. So the former band director tapped his musical talents to write and record a parody of MC Hammer’s 1990 classic, “U Can’t Touch This,” with a decidedly pro-hygiene theme.

THESE HAND SANITIZERS AREN'T MADE WITH ENOUGH ALCOHOL, FDA SAYS

Lee took just 15 minutes to rewrite the lyrics, according to Alabama NewsCenter, then he called local filmmaker Jaylen Mitchell to record the video. They also called upon a few students and teacher Jessica Veazey to play various roles in the video, which was filmed on the school’s campus.

“We are working tirelessly to make sure school is a place where students can be accepted, loved and clean,” Lee told local media outlets. “Everybody needs love, regardless of political party or ethnic background. If we can allow people to laugh and forget about their problems, then we’ve accomplished the goal.”

The final cut, posted to YouTube early last week, depicts Lee rapping about sanitizers and social distancing, wielding a thermometer gun and doing the "Running Man" — all the while demonstrating how students should expect to behave in school upon their return.

“COVID! Is stressing me, all the updates from the CDC. Lysol! Can’t be found, I’ve looked all around this town,” he rapped. “I’ve had no luck, and these are the things ... Huh? You can’t touch.”

Since July 28, the sketch has been watched millions of times on the video-sharing platform.

“Doing silly stuff is something I really enjoy,” Lee said.

The educator, who has been principal since 2017, has been known to share good-humored content on social media for his students to watch.

In April, he uploaded a video of himself playing the keyboard, telling students that he hoped the song he wrote “touches your heart” and “lets you know how I’ve been feeling in this COVID pandemic.”

The song has no words, only screaming.

One viewer, Kevin Fisher, replied to the post: “Thank you Dr. Lee for so eloquently expressing how we are all feeling at this moment!”