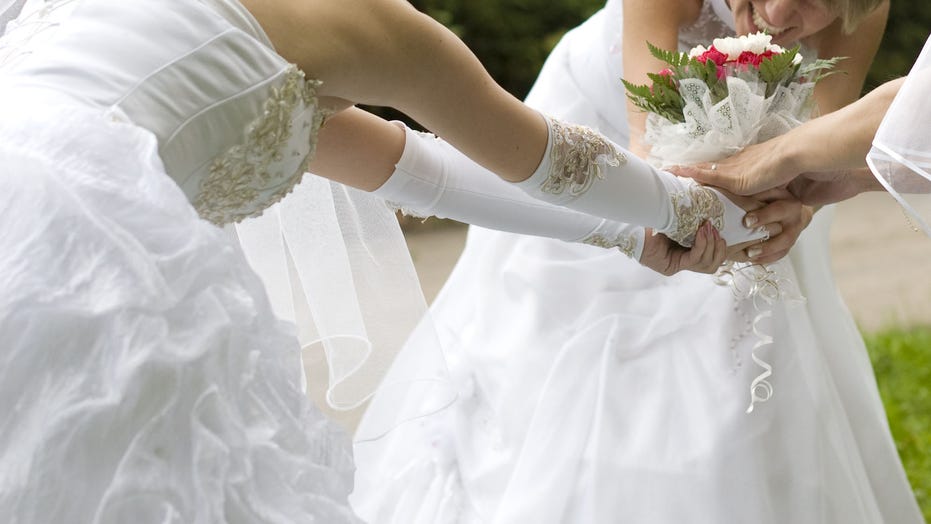 There’s no such thing as a free lunch… or wedding reception.

A groom-to-be says his future wife's cousin is trying to score a free wedding reception by getting married on the same day as he and his fiancé. According to him, the cousin wants to get married in a courthouse and then come to his reception later that same afternoon.

The seemingly frustrated groom-to-be posted his story on Reddit’s forums, where he explained, “My fiancée, Nicole, and I had chosen our wedding date, booked the venue, and notified the immediate members of the family of the date and the pending save the date mailings. Nicole's cousin, Amber, found out that we had announced the date and called Nicole upset that we had booked a wedding on her wedding date. We were confused because Amber and her boyfriend weren't even engaged, but she and her boyfriend claimed that they knew that was the date they were getting married. They were going to do a courthouse wedding with their families, then wanted to come to our wedding.”

There’s no such thing as a free lunch… or wedding reception. (iStock)

At this point, the groom-to-be apparently became suspicious of Amber’s intentions. He says he was worried that she would try to take over the reception.

“I stood my ground and told Amber and her boyfriend that if they got married on our wedding day, they wouldn't be welcome,” he continued, “and I'd let the planner and venue staff that they would be turned away, and I'd be willing to hire extra staff to make sure they were refused entry. We also found out that the boyfriend lost his job, which just cements my thoughts that they're trying to get a free reception out of my (sic) and my fiancée.”

His post concluded, “Nicole is upset with me because they're family, but I'm just tired of Amber and her boyfriend trying to make every situation about themselves, now including our wedding.”

It turns out, the groom-to-be wasn’t the only one who found the cousin’s behavior suspicious. Based on the responses, Reddit users agreed that the cousin was up to something.

One user replied, “I can't help but feel like this is a ploy by the cousin. No matter what day the bride/groom picked, the cousin would have said, ‘That's the day we wanted to get married!’ This allows them to effectively have a big wedding without having to pay for it.”

Another user wrote, “I find it weird that a couple who isn't even engaged, has managed to say it's ‘their wedding date.’ Why can't they just let the cousin be happy and enjoy the day? Some people can be so thoughtless and selfish.”

“She's trying to get a free reception out of you,” concluded another user. “Bet the next step would be asking to include relatives that you weren't planning to include so that they could celebrate with cousin.”