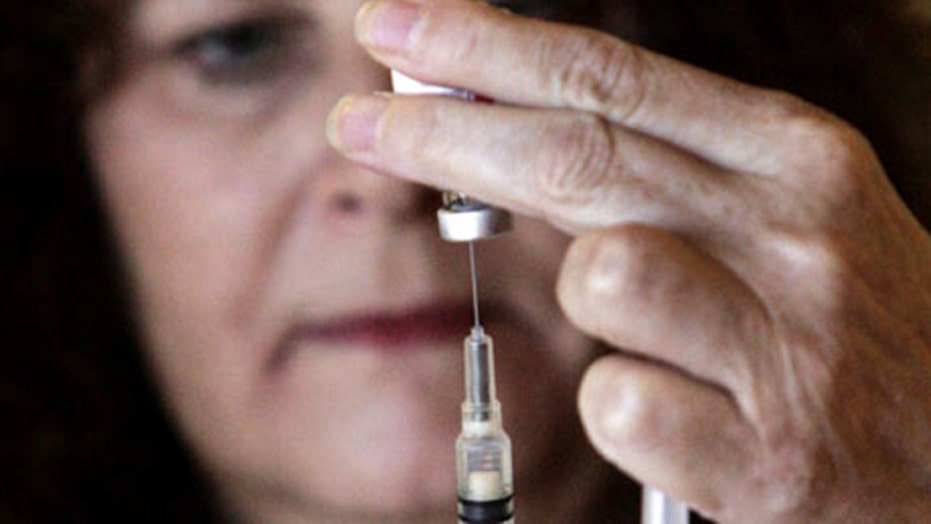 In a breakthrough that could offer new hope to people with some kinds of cancer, Mayo Clinic researchers say they managed to wipe out a woman's cancer with a blast of measles vaccine strong enough to inoculate 10 million people.

The 50-year-old woman's blood cancer, which had spread through her body, went into complete remission after the vaccine dose and Stacy Erholtz has been clear of the disease for more than six months.

"It's a landmark," lead researcher Dr. Stephen Russell tells the Minneapolis Star Tribune. "We've known for a long time that we can give a virus intravenously and destroy metastatic cancer in mice. Nobody's shown that you can do that in people before." And Erholtz's take on the approach is more than positive: "It was the easiest treatment by far with very few side effects. I hope it's the future of treating cancer infusion." The trial involved two patients with multiple myeloma, and the second failed to go into complete remission, with the cancer returning after nine months.

KARE-11 reports the trial involved patients with multiple myeloma because their immune systems are so compromised they lack the ability to immediately fight off the measles, giving the virus time to attack the cancer; they also had no conventional treatment options left.

Russell explains how the process works in layman's terms: "It puts the virus into bloodstream, it infects and destroys the cancer, debulks it, and then the immune system can come and mop up the residue." Up next: larger-scale studies, and tests of the vaccine's effectiveness against ovarian, brain, head, and neck cancers, as well as mesothelioma.

They also plan to test vaccines for viruses other than measles, with the goal being to find a "single-shot" cure for many cancers. (More big health news: A team thinks it's cracked an HIV mystery.)