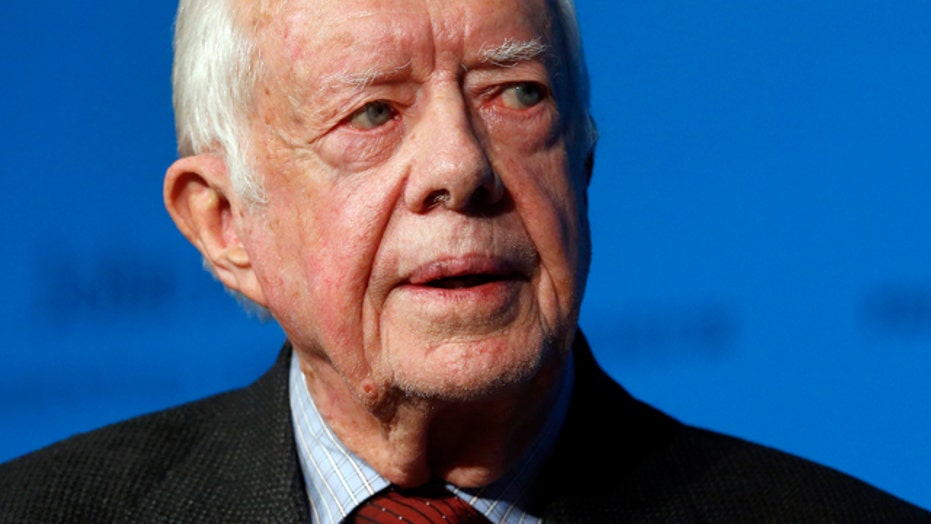 Former President Jimmy Carter has revealed that he has been diagnosed with cancer. It appears that the 90-year-old's cancer is metastatic, meaning that is has spread throughout the body. However, we do not yet know what kind of cancer he has.

The cancer was identified by doctors earlier this month during a surgical procedure to remove a small mass that was found on Carter's liver. He will be treated at Emory Healthcare in Atlanta, Georgia.

"Recent liver surgery revealed that I have cancer that now is in other parts of my body. I will be rearranging my schedule as necessary so I can undergo treatment by physicians at Emory Healthcare," Carter said in a statement released by the Carter Center.

Jimmy Carter served as the 39th president of the United States, from 1977-1981. Regardless of his age, he has been quite active. He founded the Carter Center which is a nonprofit organization in Georgia. He also won the Nobel Peace Prize in 2002. Carter has also worked with Habitat for Humanity.

Pancreatic cancer has been known to spread to other organs, including the liver. This type of cancer can also start in the liver and spread to other parts of the body. Unfortunately, when cancer spreads, or has metastasized, it is typically considered Stage IV cancer. This is the most advanced stage of cancer and there is generally no cure, however, it can be treated depending on the type.

Carter had been in pretty good health despite his age. Now that he has cancer, his long-term health depends on how big the tumor is and how far the cancer has spread. His age plays an important factor in his prognosis as well. A 90-year-old patient cannot tolerate the same treatment that a cancer patient in their 50s or 60s can. The type of treatment he has will not only be determined based on his age, but that certainly will be a large factor when doctors assess his overall health and candidacy for the type of treatment he undergoes. The most important thing for Carter, is his quality of life.