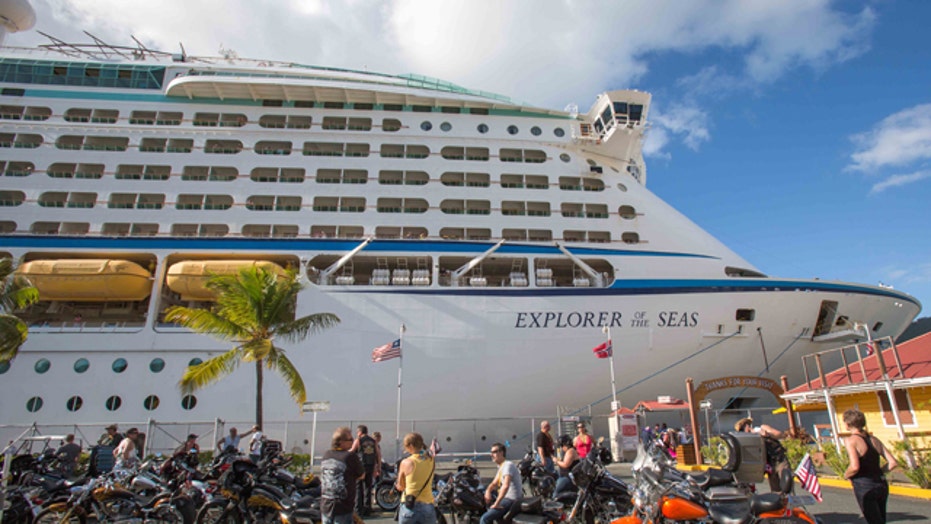 KINGSTON, Jamaica – The Royal Caribbean cruise line on Sunday ended a ship's 10-day trip in the Caribbean early after hundreds of passengers and crew members were sickened with a gastrointestinal illness.

The Miami-based company made the announcement a few hours after officials from the U.S. Centers for Disease Control and Prevention boarded the Explorer of the Seas during its U.S. Virgin Islands port call to investigate the illness and evaluate the outbreak response.

"New reports of illness have decreased day-over-day, and many guests are again up and about. Nevertheless, the disruptions caused by the early wave of illness means that we were unable to deliver the vacation our guests were expecting," Royal Caribbean Cruises Ltd. said in a statement.

The decision to end the trip came after consultation between CDC officials and members of the company's medical team, the company said.

The CDC said earlier that 577, or nearly 19 percent, of the 3,050 passengers aboard the 15-deck ship reported getting sick during the cruise that left Cape Liberty, New Jersey, on Tuesday. Also, 49 crew members reported feeling ill, according to latest reports on Monday.

On Sunday evening, the cruise line said the outbreak of the gastrointestinal illness with vomiting and diarrhea "spiked over the weekend," but it did not disclose a tally of sickened people.

Tests would have to confirm what caused the outbreak, but fast-spreading norovirus is often to blame for similar symptoms sweeping closed quarters like those on cruise ships.

Royal Caribbean said special cleaning products and disinfectants proven to kill norovirus were being used to clean ship before it returned to the U.S. It said a full sanitization program would be carried out after the Explorer of the Seas reached its home port Wednesday.

Janet Diaz, a company spokeswoman, said CDC representatives boarded the Explorer of the Seas during the afternoon when it docked in St. Thomas, the main island of the U.S. Virgin Islands. During the previous port call in Puerto Rico, the ship underwent "extensive and thorough sanitizing" to help prevent more people from getting sick, she said.

Passengers and crew who fell ill have "responded well to over-the-counter medication being administered onboard the ship," Diaz said.

On Friday, an Explorer of the Seas passenger named Arnee Dodd tweeted that she had fallen ill aboard the ship and was quarantined with the other sick people. The Connecticut woman wrote that ship employees "put a lock down on food & are constantly cleaning everything."

Royal Caribbean said it was "taking several steps" to compensate passengers for the shortened trip. It also sought to assure customers scheduled for the ship's next voyage that "all possible measures will have been taken to prevent further problems."