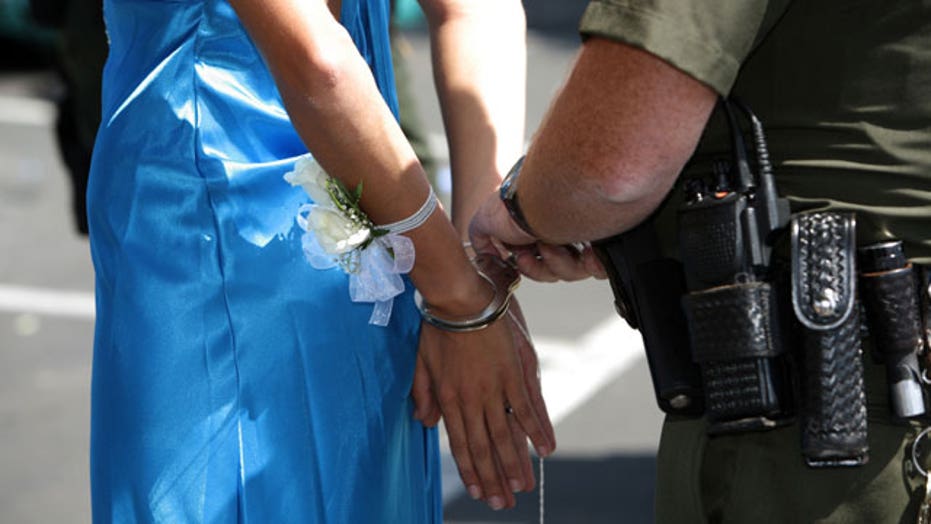 Teens are gearing up for a night of dancing and partying; but the truth is, this could be an evening filled with potential hazards. Parenting expert Erika Katz discusses tips that every parent should share with their teen before the big night

It’s prom season, and while many teens are excited for a night of dancing and partying, parents know that this is a night filled with potential risks – for both their child’s safety and reputation.

FoxNews.com’s Anna Kooiman spoke with Erika Katz, a parenting expert and author of Bonding Over Beauty, to find out what parents should discuss with their teens before the big night.

Prom anxiety
Teenage girls often experience a lot of anxiety associated with the prom,  whether they are worrying about finding a date or looking good in their dresses.

“They might crash diet; they might take diet pills; they might go to tanning beds.  So it’s really something that parents have to watch out for,” Katz said. “If you see any change in your teen, it is something you need to address and talk to her about.”

Despite the fact that many parents may feel their teens aren’t listening to them, studies have shown that the most influential people in a child’s life are actually their parents – not friends, according to Katz.

“You  might think your child is tuning out, but when it comes to the end of the day, they heard what you said, and it stays in their mind,” Katz said.

“If you think they are, you need to make sure that they have protection with them, and if you feel like they should not be having sex, you should make that clear as well,” Katz said.

The pressures of prom night, combined with alcohol, can make it easy for young women to feel obligated to have sex.

“I think this is where their self-esteem really comes into play, and you have to build their self esteem,” Katz said. “You tell them, ‘Look, you are there to have a good time…You can't think because he paid for your ticket or he bought you a corsage that then you have to sleep with him.’”

Social media and drinking at prom
Pictures from prom night will inevitably end up posted on social media, so parents should warn teens to be careful not to be captured on film drinking alcohol or doing anything else that they might regret.

“First of all, it's illegal. Second of all, when you're drunk, you engage in behavior that might be embarrassing for you. And those things, when they end up on YouTube, they are in there forever. And you don't want that coming back to haunt you,” Katz noted.

Katz also warned parents not to try to be the ‘cool parent’ who condones drinking on prom night.

“The truth is, if one of them gets alcohol poisoning, one of them leaves your house, or something happens, the police are going to come after you – and it's not worth it,” Katz said.

It’s also important to prepare teens for what to do if alcohol is present at a party.

“I think the best thing you can do is talk openly with your kids ahead of time and say, ‘Look, if you get into a bad situation, you can call me any time of night, give me check-ins, let me know you are okay,’ and just make them understand that you want them to have the best time ever but be safe,” Katz said.

Beyond the safety risks associated with drinking, there could be other serious consequences for teens caught, or photographed, drinking on prom night.

“If you get caught doing criminal behavior, you can be expelled from your high school, you can not get your diploma and the college can take away their acceptance or scholarship,” Katz said.

For more information on how to prepare your teen for prom, go to Katz’s web site, BondingOverBeauty.com.