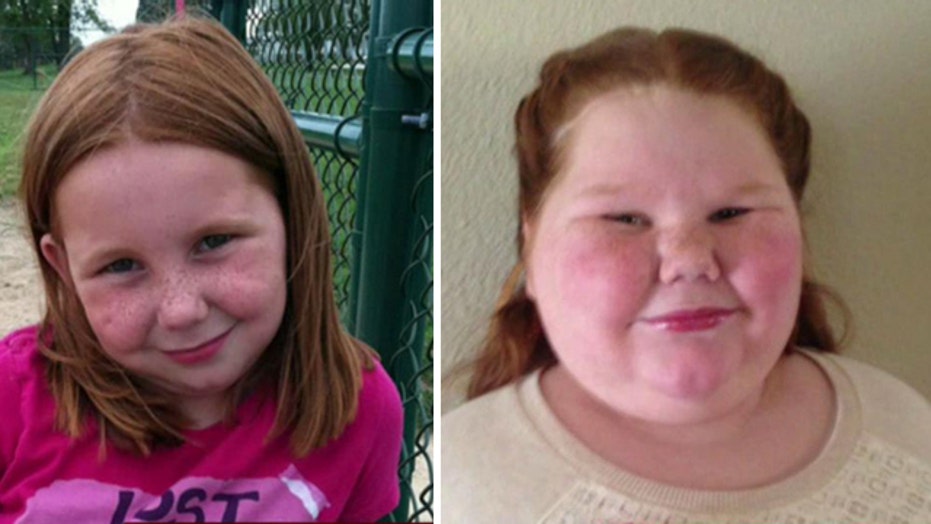 Medically induced obesity a side effect of treatment for rare illness

A 12-year-old Texas girl with a rare weight-gain disorder has successfully raised more than $55,000 to pay for life-saving gastric bypass surgery.

In 2011, Alexis Shapiro was diagnosed with a rare brain tumor and underwent surgery to remove the mass, according to her family’s fundraising page on GoFundMe.com. During the procedure, Shapiro’s hypothalamus and pituitary gland were damaged – causing her to develop a condition called hypothalamic obesity.

As a result, Shapiro constantly feels hungry and is prone to extreme overeating. According to a post by Shapiro’s mother, Jenny, the girl has gained 140 pounds in the past two years and currently weighs about 190 pounds.

“It is a beast, and we have tried so hard to control it. But it has been found that no amount of diet or exercise will stop this obesity," Jenny Shapiro wrote online.

According to doctors, gastric bypass surgery could save Shapiro’s life, but the family’s health insurance provider refuses to pay, claiming the girl is too young.  Desperate for a solution, the Shapiro family started an online fundraising campaign and have successfully raised more than $55,000 to pay for the operation.

“Oh my!!! I can't believe this! We are so grateful,” Jenny Shapiro wrote on GoFundMe.com. “I am going to contact the hospital on Monday. To find out if this will cover all the costs. Thank you to everyone who cares.”