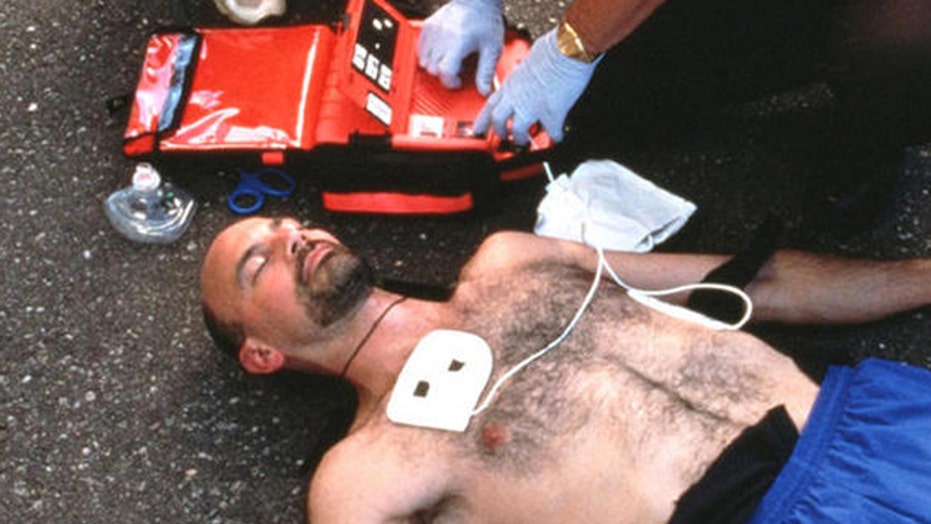 You may have heard the terms cardiac arrest and heart attack used interchangeably, but they are, in fact, different conditions.

A heart attack can be considered a circulation problem and occurs when the blood supply to the heart is either reduced or completely cut off.  This can occur because of a blood clot or a narrowing of the arteries.  When the heart muscle doesn’t receive blood, the lack of oxygen causes damage and it begins to die.

Heart attacks are most often caused by coronary artery disease.  This condition occurs when plaque builds up on the walls of blood vessels, causing a narrowing of the arteries and restriction in blood flow.  If the plaque bursts, then a blood clot can form in that location and potentially block blood flow through the vessel.

Symptoms of a heart attack include discomfort (pressure, squeezing, fullness, pain) in chest, arm, shoulders or jaw, shortness of breath, sweating or loss of consciousness.  Keep in mind that symptoms for men and women can differ, with women typically experiencing more heartburn-like symptoms and abdominal pain.

Cardiac arrest, on the other hand, can be considered an electrical problem and is caused by an electrical malfunction in the heart, leading to an irregular heartbeat.  An irregular heartbeat results in reduced blood flow to the brain, lungs and rest of the body.  When this occurs, a person will lose consciousness and pulse.  Without treatment, they can die within minutes – which is called sudden cardiac arrest.

Cardiac arrest is most often caused by an arrhythmia (or abnormal heart rhythm), with coronary heart disease as an underlying cause.  Respiratory arrest, electrocution, drowning, and trauma can also lead to cardiac arrest.

Risk factors for cardiac arrest are similar to those for heart attack, and also include lack of blood pumping from heart, prior heart attack or cardiac arrest, hyperthyroidism, pulmonary hypertension and taking amphetamines.  Other conditions including cardiomyopathy, heart failure, arrhythmias (especially ventricular fibrillation and long Q-T syndrome) can also lead to sudden cardiac arrest.

Symptoms of cardiac arrest are much more sudden than those during a heart attack and include loss of consciousness, cessation of breath and pulse, dizziness and vomiting.

The most important action to take if you or someone else is having a heart attack or is in cardiac arrest is to call 911 immediately – every minute counts!  Specifically for cardiac arrest, if an automated external defibrillator (AED) is available, use it immediately.  CPR should also begin as soon as possible and continue until emergency medical services arrive.

According to the American Heart Association, for every minute that passes without CPR or defibrillation, the likelihood of survival decreases by 7 to 10 percent.