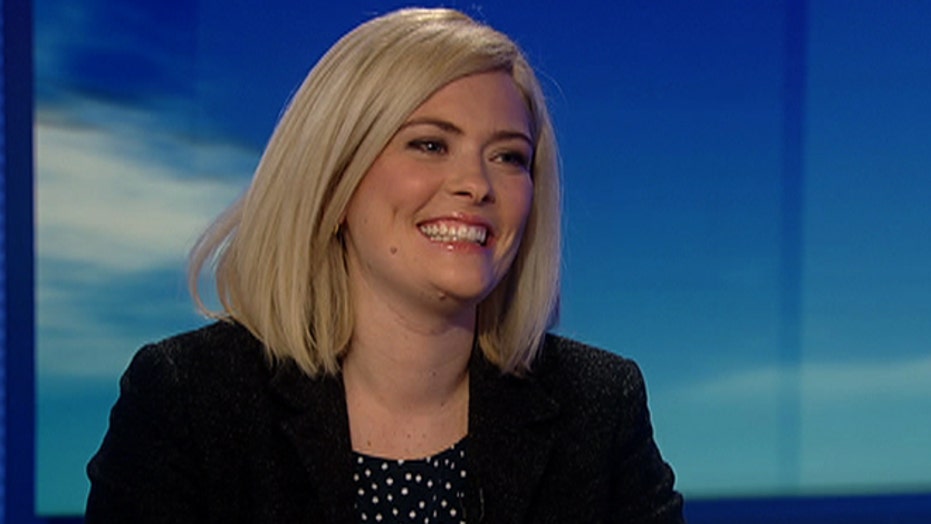 Imagine being convinced you have bed bugs, that your significant other is cheating on you and that you have a disease because a man sneezed on the subway. Those are just a few things that Susannah Cahalan was paranoid about when she was dealing with a very rare neurological disease. She talks with Dr. Manny about her book, “Brain on Fire: My Month of Madness”

I stare at the doctor’s cheekbones and pretty olive skin. I stare harder, harder, harder still. Her face swirls before me. Strand by strand her hair turns gray. Wrinkles, first just around her eyes, and then around her mouth and across her cheeks, now her entire face. Her cheeks sink in, and her teeth turn yellow. Her eyes begin to droop, and her lips lose their shape. The striking young doctor ages right before my eyes.

The previous scene is an excerpt from "Brain on Fire: My Month of Madness," and just one of many hallucinations Susannah Cahalan experienced in 2009 during her month-long hospital stay, in which she was diagnosed with a rare neurological autoimmune disease, known as anti-NMDA receptor encephalitis.

During that time, Cahalan, a writer for the New York Post, cannot remember anything except for her ‘episodes.’

“It’s all dark,” Cahalan, 27, told FoxNews.com of her time in the hospital. “But, I remember the hallucinations. Those are not memories implanted in me.”

In order to write "Brain on Fire," Cahalan had to interview family members and doctors, review her medical chart and watch hospital videos.

Bed bugs and paranoia
In the weeks leading up to Cahalan’s hospital stay, she woke up one day to find herself with a bug bite.

Convinced she had bed bugs in her Manhattan apartment, Cahalan hired an exterminator to search her apartment. He told her there were no bed bugs.

The next day, Cahalan had difficulty working. She couldn’t come up with ideas for her pitch meeting, and she became increasingly obsessed with the idea of bed bugs. She decided to throw everything out of her apartment.

As she packed her items into bags, she experienced a sharp, migraine-like pain and found it difficult to move her legs.

Over the coming days, Calahan became more anxious and paranoid, even checking her boyfriend’s email, convinced he must be cheating on her. When she experienced numbness on the left side of her body, she sought medical attention – but doctors assumed it was some sort of virus. When she had the first of many seizures, she was hospitalized, only to be quickly discharged.

But Cahalan’s behavior became more erratic – she even tried to jump out of a moving car  – and doctors wondered if she had a psychiatric illness, like bipolar disorder or schizophrenia. One doctor said she was experiencing alcohol withdrawal and needed to be hospitalized immediately.

Her mother brought her to New York University Langone Medical Center, where Cahalan had her second seizure, thus beginning the month-long descent into madness.

‘Brain on fire’
Cahalan had become so violent, doctors were forced to strap her to the bed. She repeatedly tried to escape, even trying to punch the nurses.

Still, no one could figure out what was wrong with her. A million dollars worth of medical tests were performed on Cahalan, but they all came back ‘normal.’

Dr. Souhel Najjar, who was known for solving mystery medical cases, came to examine Cahalan. He didn’t believe she suffered from a mental illness, so he asked her to draw a picture of a clock.

“I drew a circle, put all the numbers on one side, completely ignoring the other side,” Cahalan said. “That’s what proved to him it was neurological and not psychological.”

Najjar coined the term “brain on fire,” telling Cahalan’s parents “her brain is under attack by her own body.”

Cahalan was the 217th person to be diagnosed with anti-NMDA receptor encephalitis, an autoimmune disease. Her body’s immune system created harmful antibodies, that attacked the NMDA receptors in the brain, which are vital to learning and behavior.

Cahalan was treated with intravenous immunoglobulin (IVIG) therapy, plasmapheris and steroids, but she wondered about all the other patients who might be suffering from the same mysterious disease.

“It just begged the question: If it took so long for one of the best hospitals in the world to get to this step, how many other people were going untreated, diagnosed with a mental illness or condemned to a life in a nursing home or psychiatric ward?” Cahalan wrote.

She must get PET scans and transvaginal ultrasounds every year as follow-ups.

‘I’m back’
Cahalan was released from the hospital in mid-April 2009; it wasn’t until June that she finally felt like herself again. She had to continue with the treatments, as well as take an array of other medications to prevent and treat anxiety, catatonia and psychosis (just to name a few), which left her feeling tired and sluggish.

Now, Cahalan, who lives in Jersey City, N.J. with her boyfriend, said she hasn’t had any symptoms since that terror-filled time in her life, and she is off all medications, but she is more mindful of her health.

“Any small thing becomes terrifying,” she said. “A few months ago, I had a scary experience where my hand was numb, and I got emotional about it. I went to the doctor, and I was just typing too much.”

A relapse is possible, but Cahalan isn’t letting that hold her down.

She continues to work at the Post and promote her book. Although she may never remember exactly what happened during her ‘month of madness,’ she isn’t bitter.