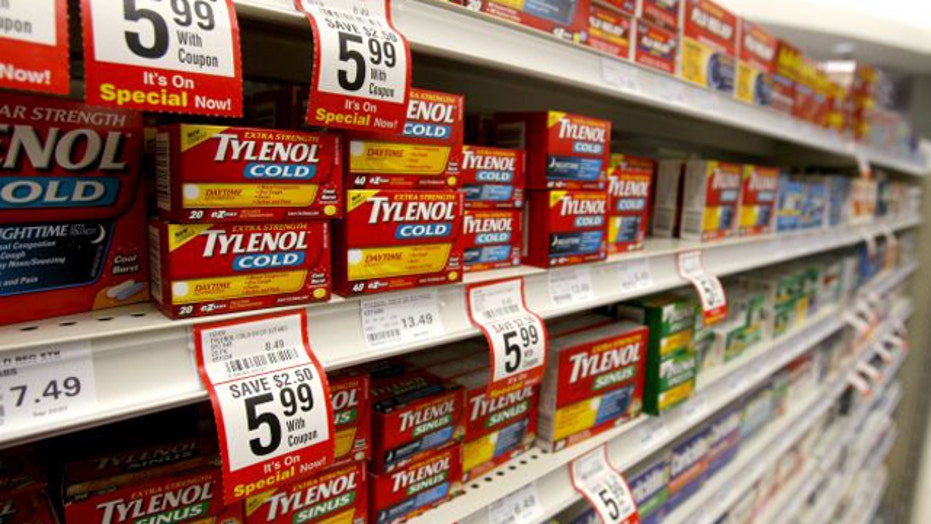 Acetaminophen use during pregnancy tied to ADHD

Children born to women who used the painkiller acetaminophen during pregnancy may have an increased risk of developing behavioral problems like attention-deficit hyperactivity disorder (ADHD), according to new research.

In a new study published in the journal JAMA Pediatrics, researchers analyzed data collected from 64,322 mothers and children enrolled in the Danish National Birth Cohort from 1996 to 2002. At each trimester of pregnancy, mothers were asked if they had used any acetaminophen in the past three months.

“We [were] worried that the [acetaminophen] was influencing the brain during fetal development time,” study author Dr. Beate Ritz, professor and chair of the epidemiology department at the Fielding School of Public Health at the University of California, Los Angeles told FoxNews.com.

Researchers later surveyed the same group of women when their children were 7 years old, asking questions about their children’s behavioral patterns of pro- and anti-social behavior. Researchers also looked at rates of prescriptions of Ritalin, a medication commonly used to treat ADHD, among the children studied.

Overall, maternal use of acetaminophen was associated with a 20 percent to almost two-fold increased risk of behavioral problems, including attention-deficit/hyperactivity disorder (ADHD) and hyperkinetic disorders (HKD) among children at age 7. The strongest effect was seen in women who took the painkillers during all three trimesters, though women who reported use for a minimum of one week still had an increased risk. More frequent use was tied to a higher risk of a hospital diagnosis of HKD or ADHD-like behaviors among children.

More than 50 percent of the women reported use of acetaminophen.

“It’s a widely used drug… because it’s considered safe and less harmful,” Ritz said. “All the other NSAIDs aren’t recommended because of the side effects. So acetaminophen has always been the ‘not-so-bad, go-to drug.’”

Previous research has shown that acetaminophen can disrupt the body’s endocrine, or hormone, system. Exposure to endocrine disruptors in a fetus may effect neurodevelopment and cause behavioral dysfunction, but according to researchers the exact mechanism of disruption is still unknown.

“Think of it as a lock and key. There are many ways to make the key not fit, block it, or even not have a keyhole in the door… There’s a lot that can go wrong,” Ritz said.

Researchers said their findings indicate that pregnant women might want to avoid the use of painkillers during pregnancy and consult their doctors to treat any illness, rather than using over-the-counter drugs.

“We really have to be more careful about what pregnant women actually put into their bodies… even substances we think are harmless or safe may not be.  One should really recommend women not take anything not indicated by their medical needs and they should think twice before medicating a slight headache or fever,” Ritz said.

Dr. Jeff Chapa, head of maternal fetal medicine at the Cleveland Clinic in Ohio, was not involved with the study but suggests pregnant women look into alternatives like massage and hot showers and baths instead of taking acetaminophen.

"We're not saying not to take acetaminophen at all during pregnancy, but this study is suggesting we need to be judicious and smart about it. If you're taking it over and over for weeks, maybe there is something you can do instead," Chapa told FoxNews.com in an email.