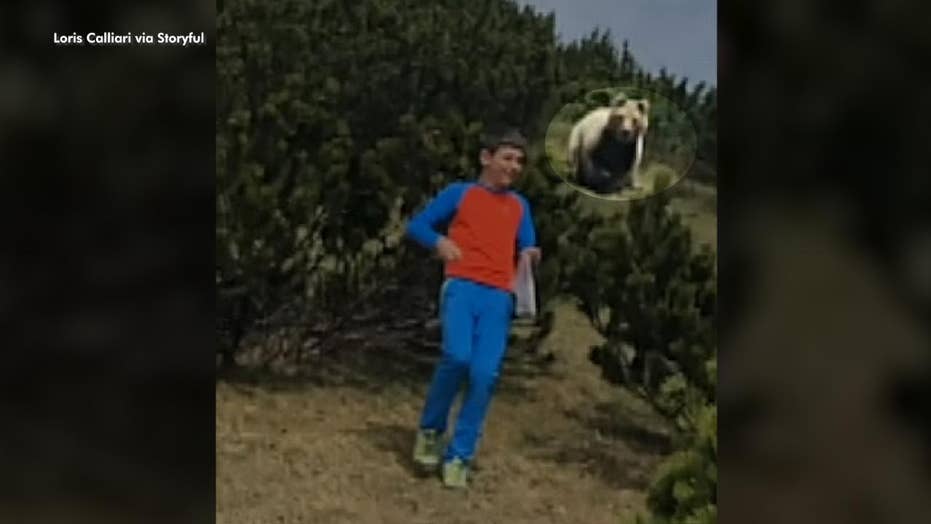 The boy and his family were hiking in the mountains of Trentino, Italy, when he claims he spotted the bear鈥檚 face only '2 meters' away. That鈥檚 when he turned around and asked someone to start filming.

The footage may be alarming, but the boy seen in the video claims he wasn’t scared at all.

A 12-year-old Italian boy named Alessandro recently ran into a bear during a family hike in the mountains of Trentino, but instead of fleeing in fear, he asked his mom’s partner to start filming.

“When I went down to [collect] some pine buds … the bear’s head was 2 meters away from me,” Alessandro told Italian news network RAI of the hair-raising moment,  according to a translation. “I turned slowly, I saw the bear wasn’t so aggressive, and I asked [my mom’s boyfriend] if he could make me a video.”

"I saw the bear wasn鈥檛 so aggressive, and I asked [my mom鈥檚 boyfriend] if he could make me a video," Alessandro told a reporter. (Storyful/Louis Calliari)

In the footage, Alessandro can be seen tiptoeing downhill while the bear follows behind, sometimes standing on its hind legs in order to get a better look at the boy and his family.

“Come, Ale, I’m [filming],” Calliari can be heard telling Alessandro as the bear slowly creeps behind. He also warns Alessandro not to suddenly turn his back on the bear, and it will mind its own business.

Alessandro claims he had previously watched videos outlining what to do when encountering a bear. (Storyful/Louis Calliari)

Experts cited by RAI claim Alessandro acted appropriately for the situation, but it wasn’t by chance; the boy claims he had previously watched videos outlining what to do when encountering a bear.

To be clear, not everyone in Alessandro’s party was so calm. According to the boy’s grandfather, who also spoke with RAI, Alessandro’s grandmother started screaming once she saw what was going on.

That part, however, wasn’t captured on film.