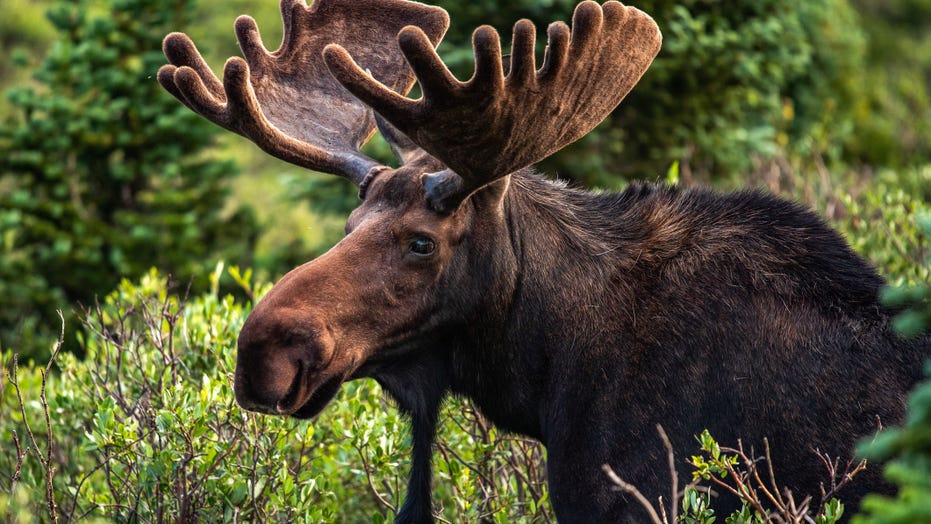 Sorry, moose. No pizzas for you.

While it isn’t uncommon to see messages warning guests not to feed the animals at national parks or other public areas, one ranger in Colorado recently got very specific: Apparently, it’s not a good idea to feed pizza to the local moose population.

Ben, a Jefferson County Open Space Ranger, tweeted out an image of a moose along with a message about a report he responded to on Sunday, during which a group of visitors at Clear Creek Canyon were caught trying to feed pizza to the animal.

The guests were reportedly also trying to pet the moose, which is frowned upon, too.

“Took a report of visitors trying to pet and feed a moose pizza in Clear Creek Canyon on Sunday,” wrote Jefferson County Open Space Ranger Ben. “Please don’t approach wildlife for any reason, moose can be extremely dangerous. Save the pizza for the Rangers.”

Even though we’re not supposed to feed them pizza, wild animals do seem to enjoy the popular dish. Fox News recently reported that a delivery driver in Alaska awoke to the sounds of a bear wrecking his car, presumably enticed by the vehicle's lingering scent of pizza. While there were no injuries reported in the incident, the bear did extensive damage to the inside of the vehicle. Fortunately for the driver, no one was injured, and his local auto insurer covers bear-related incidents.