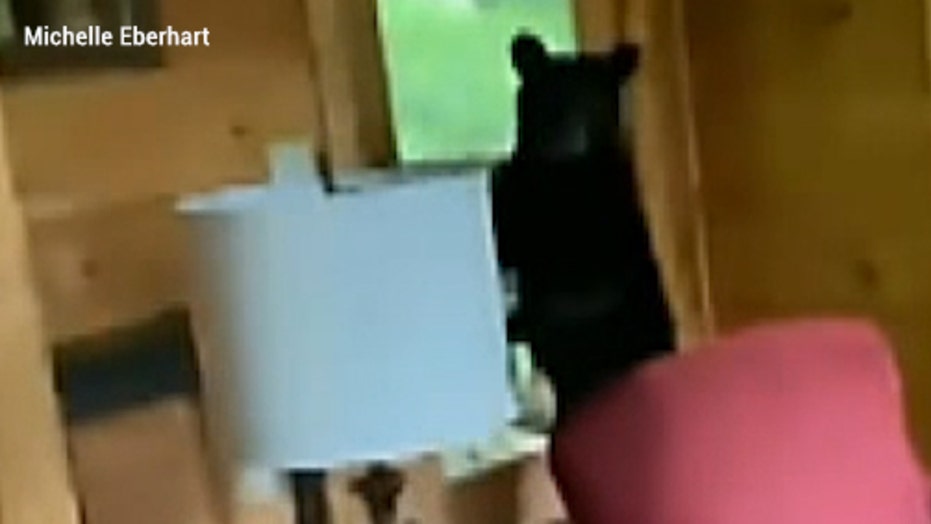 Visitors in Gatlinburg, Tenn., got an unexpected surprise when a bear broke into the vacation rental they were staying at. The bear had broken in through the back door and was rummaging through the residence, stealing pounds of food.

This vacation rental in Tennessee was just right for a bear break-in.

A group of vacationers went to Gatlinburg over the weekend for a nice leisurely trip. However, their getaway came with an unexpected surprise when a bear broke into the vacation rental on Friday and stole pounds of food.

Michelle Eberhart was at the rental with her friend, also named Michelle, when they noticed a young black bear at the back door of the cabin, WBIR reported

Soon enough, the bear had broken in through the back door and was rummaging through the residence, while three other bears stayed outside on the porch.

Eberhart told the outlet she and her friend first tried to scare the bear away by yelling and clapping. When that didn't work, they ran upstairs and hid in the bedroom.

Eberhardt and her friend called the police to come shoo the bears away — which they did. However, the bears didn't go without helping themselves to some items from the kitchen, especially the sweets.

“They got five pounds of Reese’s Peanut Butter Cups and a pound of M&M’s and two pounds of Sour Patch Kids and two bags of potato chips… two beers and two Diet Cokes and about 20 Zyrtecs,” Eberhart said to local outlet WATE.

Black bears are more prominent in the East Tennessee city as hibernation comes to a close. This year bears have reportedly been more active in the area due to the decline in tourists because of the coronavirus pandemic, and mandatory shelter-in-place rules.

In April, a group of bears was even seen gathered in Gatlinburg around a different vacation home.

"It's been amazing. They never hang out this much. It's possible with few (basically zero) tourists around, they're more relaxed," Dana Shope, co-owner of Shopes' Mountain Vacation Homes, said to Knox News.

Shope documented the bears playing in the leaves, seemingly unconcerned with their surroundings.

If encountering a bear, wildlife officials warn not to approach it, and not to allow the bear to approach you, as its behavior can be unpredictable.

Alexandra Deabler is a Lifestyle writer and editor for Fox News.
seonewsnews