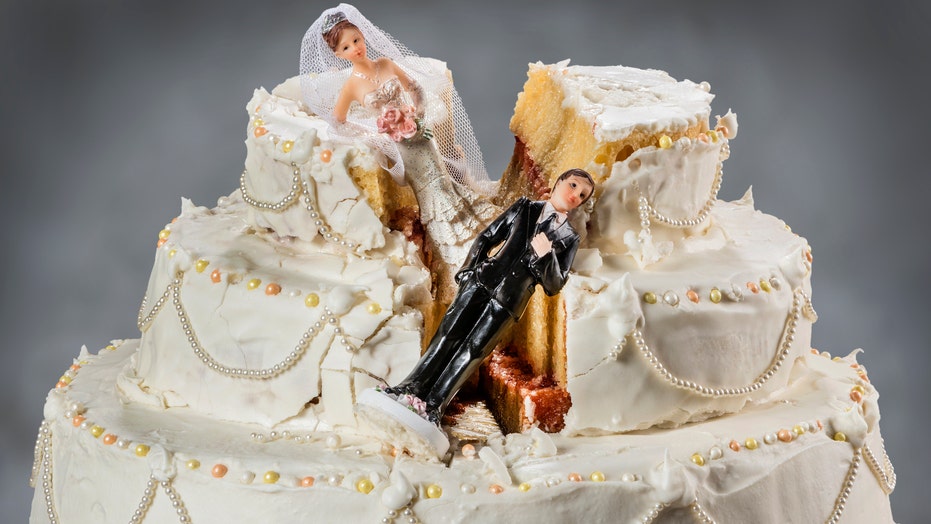 Exact moment of UK couple's wedding cake disaster caught on camera as they were cutting the cake.

You can have your cake — but you might not want to eat these, too.

A Twitter account featuring photos of creepy cakes has gone viral, though its origins remain just as mysterious as the baking fails it serves up.

The page, called "Cakes with Threatening Auras," amuses an audience of 150,000, simply espousing its mission as "an educational account about cakes.” A complementary Instagram account also boasts thousands of followers, but no further explanation than its Twitter counterpart.

The playful page highlights all things good, bad, ugly and unappetizing in the world of sweet treats. Now-viral cakes shared by the account include a slew of creations inspired by the "Twilight" vampire series, vasectomies, single life, breakups, the infamous toilet paper cake craze of the pandemic, (misspelled) holidays, gender reveals and more.

"This is absolutely terrifying," one commenter declared of a demolished, red velvet Yoda-head cake.

Other posts leave much to the imagination, such as a shot of a blank sheet cake floating in the ocean, prompting one to wonder about who, exactly, is baking these cakes? Are they intentionally eerie? Do they ultimately, if ever, get eaten?

Cakes with Threatening Auras was contacted for further comment.