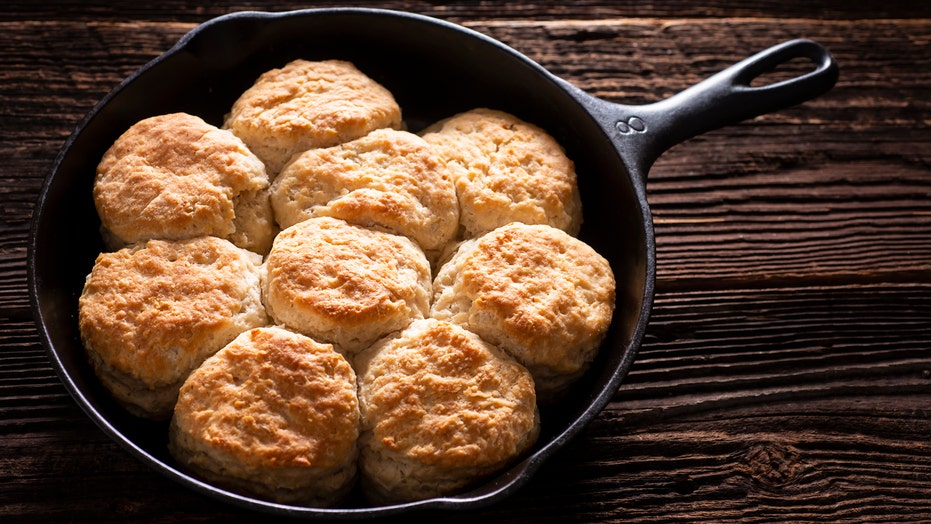 Everything tastes better when it’s made with love – especially when the recipe is shared from the heart.

A grandmother in Georgia has charmed social media users with a simple three-part video tutorial for baking biscuits that has since gone viral on Facebook.

Patsy Wilbanks, 77, recently planned to share a recipe for homemade biscuits with a family friend when her grandson Chris decided to film her instructions, WDEF reports.

About 24 hours after the videos were shared to Facebook on June 22, the Lafayette woman was shocked to see they had been viewed thousands of times. As of Friday morning, Wilbanks’ four-minute explainer for “Mama’s biscuits” has received 15,000 views.

“This is not professional, but here we go!" Wilbanks exclaimed, explaining how to whip up eight biscuits using flour, Crisco, buttermilk and melted butter.

After baking the dough at 425 F for 13 minutes, the home chef tested out one of her fresh, hot biscuits with a pat of butter.

"Let's test them out. Oh, I forgot you can't eat it, I will!” she joked. “I hope that teaches you something about biscuits.”

Responding to the overnight hype, the grandmother reportedly did not know what “going viral” on the Internet meant – until it happened to her.

“At first when somebody would make a comment on my Facebook page I would answer it. Then it just started going boom, boom, boom and I couldn’t answer everybody so I just had to put a thank you to everybody,” Wilbanks told WDEF of the unexpected attention.

“I mean, everybody, this is such an honor. I can’t believe they would watch my video and make those biscuits.”

Now, Wilbanks said, Facebook fans are following her biscuit recipe and sending her images of their homemade creations.