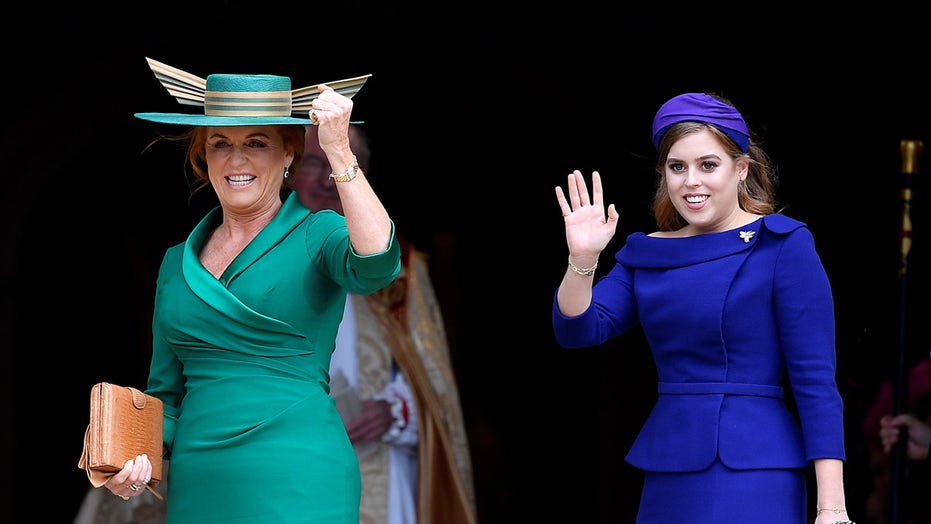 Sarah Ferguson penned a sweet note to her daughter Princess Beatrice on what would've been the royal's wedding day to fiancé Edoardo Mapelli Mozzi.

"Love you my darling Beatrice," Ferguson, 60, wrote on Instagram on Friday. "You have given me more joy than I could ever wish for. I am so excited to celebrate yours and Edo’s love when we all are out of lockdown.

"The most important thing is health and love and today I send it to you and all the other people that were getting married during this time .. so proud of you all," Ferguson concluded her message.

Ferguson also shared a photo of Beatrice, 31, as a child.

Last month, it was revealed that Beatrice and Mozzi's nuptial reception would not be taking place on its originally scheduled date of May 29.

At the time, the couple was still also said to be reviewing their plans for the ceremony, which was set to take place at St. James Palace in London. Instead, the couple was looking into a "private marriage" that might have taken "place amongst a small group of family and friends," while the lavish reception at her grandmother Queen Elizabeth’s garden at Buckingham Palace was nixed entirely amid the novel coronavirus pandemic.

A spokesperson for the couple previously told Fox News: "Princess Beatrice and Mr. Mapelli Mozzi are very much looking forward to getting married but are equally aware of the need to avoid undertaking any unnecessary risks in the current circumstances. In line with government advice for the UK and beyond, the couple are reviewing their arrangements for 29th May.

"They are particularly conscious of government advice in relation to both the wellbeing of older family members and large gatherings of people," the spokesman continued. "Therefore, the planned reception in the Buckingham Palace Gardens will not take place. The couple will carefully consider government advice before deciding whether a private marriage might take place amongst a small group of family and friends."

The couple’s decision came after the U.K. government extended the nationwide lockdown.

According to reports, Beatrice's big day had already been rescheduled twice due to her father Prince Andrew’s public scandal regarding his ties to late sex offender Jeffrey Epstein.