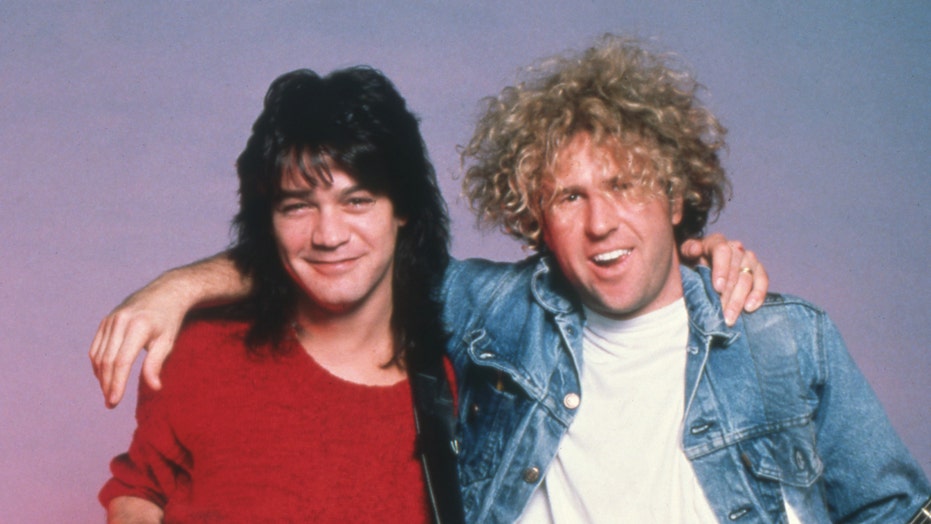 Sammy Hagar said he smoothed things over with his old bandmate Eddie Van Halen before the legendary guitarist died.

"I reached out one more time last week and when he didn't respond, I figured it was a matter of time," Hagar, 72, wrote in a letter to Howard Stern, which the radio host read on his SiriusXM show on Wednesday.

The former Van Halen lead singer said he wasn’t up to appear on the program but had no qualms about writing in to address his relationship with the guitar hero.

"I would love you to share that Eddie and I had been texting, and it's been a love fest since we started communicating earlier this year," Hagar said in the memorandum.

"We both agreed not to tell anyone because of all the rumors it would stir up about a reunion, et cetera, and we both knew that wasn't going to happen. But he also didn't want anyone to know about his health."

However, things appeared to take a turn when Hagar wrote that Van Halen “stopped responding to me a month ago, and I figured it wasn't good.”

When Van Halen’s lead vocalist David Lee Roth left the band, Hagar filled the void in 1985. A decade later, Hagar would also part ways with the band in 1996. However, he returned to shred with Van Halen on their 2004 tour, “The Best of Both Worlds.”

Dutch-American lead guitarist and songwriter Eddie Van Halen and American rock vocalist, songwriter and entrepreneur Sammy Hagar, of the hard rock band Van Halen, backstage during their "5150" tour, on May 9, 1986, at the Joe Louis Arena in Detroit, Michigan. (Photo by Ross Marino/Getty Images)

Van Halen died after a lengthy battle with cancer, his son Wolf confirmed on Tuesday. He was 65.

"Heartbroken and speechless. My love to the family," Hagar wrote on Twitter and Instagram, alongside a smiling photo of him and Van Halen, following the news of his death.