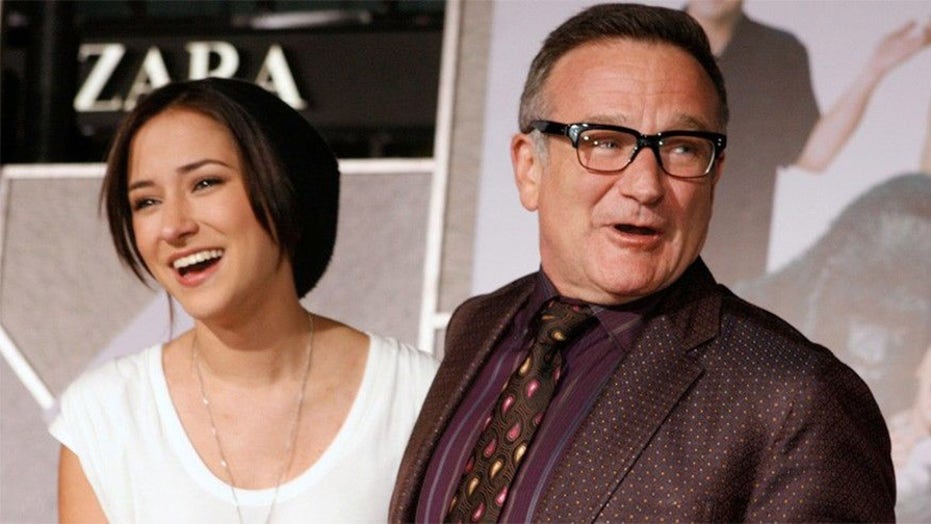 Robin Williams’ daughter Zelda announced that she will be taking a break from social media on the sixth anniversary of the late actor’s death.

"Tomorrow is Dad's anniversary death. As always, I will not be here," Zelda, 31, wrote in a lengthy statement on Monday.

ROBIN WILLIAMS' SON OPENS UP ABOUT LOSING HIS FATHER: 'HAVING TO SHARE HIM WITH THE WORLD WAS HARD'

She confessed: “It's hard for me on [a] regular, good day to remain the person expected to graciously accept the world's need to share their memories of him and express their condolences for his loss.”

"While I am constantly touched by all your boundless continued love for him, some days it can feel a bit like being seen as a roadside memorial — a place, not a person — where people drive past and leave their sentiments to then go about their days comforted their love for him was witnessed,” Zelda expressed.

She added: "But sometimes, that leaves me emotionally buried under a pile of others' memories instead of my own. After all, even roses by the truckload still weigh a ton."

“Tomorrow, it is simply too much,” Zelda concluded.

Williams’ daughter also followed up with several tweets for suicide and mental health hotlines around the world for anyone “in crisis.”

"Whoever out there needs to hear it, please use this as your signpost in the desert," Zelda wrote. “Reach out. Seek help. Keep fighting."

The comedian’s daughter recently honored her father on what would have been his 69th birthday by donating $69.69 to local homeless shelters. She asked fans to also donate.

“Join me if you like, but regardless, know I am wishing you all at least one hearty, immature belly laugh on Dad today," Zelda wrote on Twitter.

If you or someone you know is having thoughts of suicide, please contact the National Suicide Prevention Lifeline at 1-800-273-TALK (8255).