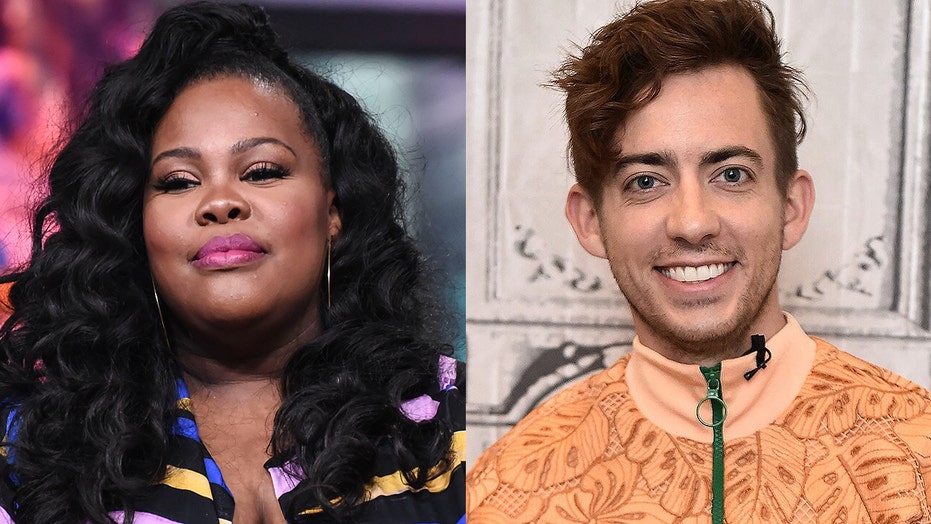 As the search continues for missing “Glee” actress Naya Rivera, two of her former co-stars spoke out on social media after seemingly being criticized over their silence.

Rivera went missing on Wednesday while boating on Lake Piru in Ventura County, Calif., with her 4-year-old son, who was found alone on a boat when the actress was reported missing. The child is said to be in good health, but the actress' body has not yet been recovered and, while she is presumed drowned, police are conducting a massive search effort.

On Sunday, two of her “Glee” co-stars took to Twitter to do their best to keep the focus on the search for Rivera and support her family, both implying that they had been criticized for remaining silent. Amber Patrice Riley, who played Mercedes Jones on the Fox series, tweeted to her fans imploring them to keep stay diligent about the search effort.

“Show some respect,” she wrote. “All our energy is going toward helping find Naya and praying for her safe return and for her family. No one owes anyone online a performance of grief. This is very real and devastating. Focus on Naya and her family. Not us. We don’t matter right now.”

Kevin McHale, who played Artie Abrams on “Glee,” responded to Riley’s tweet to echo her sentiments.

“I cannot begin to understand what Naya’s family must be feeling,” he wrote. “I know the rest of us are completely shattered, but not without hope. Please respect her family & their privacy in this moment. Please refrain from judging those who don’t show their pain on social media.”

Both Riley and McHale appeared on “Glee” with Rivera since its first episode and stuck around until the show ended in 2015.

The search for Rivera has been going on for days, with authorities regularly noting that low visibility in the lake where she went missing hinders their ability to conduct a thorough search, particularly at night.

Rivera’s other co-star, Heather Morris, volunteered to search the area for her friend after the Ventura County Sheriff’s Office said on Twitter that it was “winding down” its search for the day.

"My name is Heather Morris, I'm Nayas close friend and co-worker, and I'm trying to conduct an on foot search and rescue mission along with a small group of friends at Lake Piru."

"I understand your team is doing EVERYTHING in their power, but we are feeling helpless, powerless and want to help in any way," she wrote.

However, the Ventura Country Sheriff's Twitter account discouraged citizens from trying to conduct their own search of the area.

"For those intent on searching for Naya Rivera on your own, 1. The lake is closed. 2. Temps are already in the 90’s. 3. The terrain around the lake is very steep and rugged. Our teams are well equipped and highly trained," the tweet reads. "We don’t want to have to rescue you."

The search is ongoing for actress Naya Rivera as her 'Glee' co-stars speak out. (Valerie Macon/Getty Images)

Several other "Glee" co-stars have addressed the disappearance on social media, most notably Demi Lovato, who guest-starred in several episodes as a love interest for Rivera's character.

Other cast members to speak out include Chord Overstreet, Harry Shum Jr. and Gloria Estefan, who played Rivera's mother.