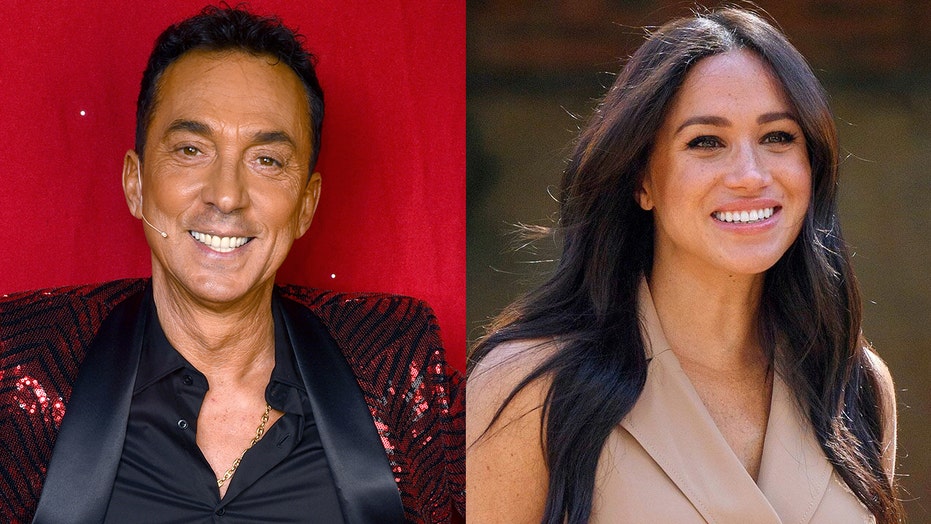 “Dancing with the Stars” judge Bruno Tonioli is hoping to convince Meghan Markle to compete on an upcoming season.

The Duchess of Sussex shocked the world in January when she and Prince Harry revealed plans to step back from their duties as senior members of the royal family and live financially independent of the crown in North America. The duo has since settled down in Los Angeles, which Tonioli believes puts the former “Suits” star in a perfect position to appear on the show.

“She’s here now,” he told Extra in a recent remote interview. “She’d be great. It would make her look accessible and funny. It’d be brilliant.”

FLYING DURING THE CORONAVIRUS OUTBREAK: SHOULD I CANCEL MY FLIGHT? WHAT PRECAUTIONS CAN I TAKE?

He added: “Meghan, if you’re watching this, please, we’d love you to do it!”

Bruno Tonioli hopes to convince Meghan Markle to be on 'Dancing with the Stars.' (Getty Images)

The popular reality competition series has already been greenlit for Season 29. However, it’s unclear how it will move forward, given new restrictions on production caused by the coronavirus pandemic. Regardless, the judge is excited to get to work on figuring out a way to make “DWTS” happen again.

“When you think about the situation at the moment, all I can think of is all our crew, our dancers, our band, people that work in restaurants, people that rely on this industry to live,” he said. “It’s a sad situation. Hopefully, very soon, we’ll all be back there ready… ready to rumba!”

When asked how he would feel if the latest season saw competitors perform without a live audience, he seemed on board.

AIRLINES STEP UP CLEANING PROCEDURES IN RESPONSE TO CORONAVIRUS OUTBREAK

Bruno Tonioli thinks Meghan Markle would make a great contestant on 'Dancing with the Stars.' (Photo by Lars Niki/Corbis via Getty Images)

“If you can recreate the sense of excitement, I’m sure it’s possible,” he explained.

The Duke and Duchess of Sussex have been adjusting to their life outside the U.K. While they’ve managed to avoid the press more than they could before their infamous “Megxit” plans, they’ve reportedly been dealing with drones flying over their palatial estate in Los Angeles.

"Drones have been flying over their house at all hours. It’s creepy and incredibly scary from a security standpoint, especially when they are outside with the baby," a source told Fox News on Friday. "There’s no telling who is flying them and they have received death threats in the past, so every potential danger has to be taken seriously."

Meanwhile, the Los Angeles Police Department also told Fox News that reports have been made regarding the presence of drones nearby.