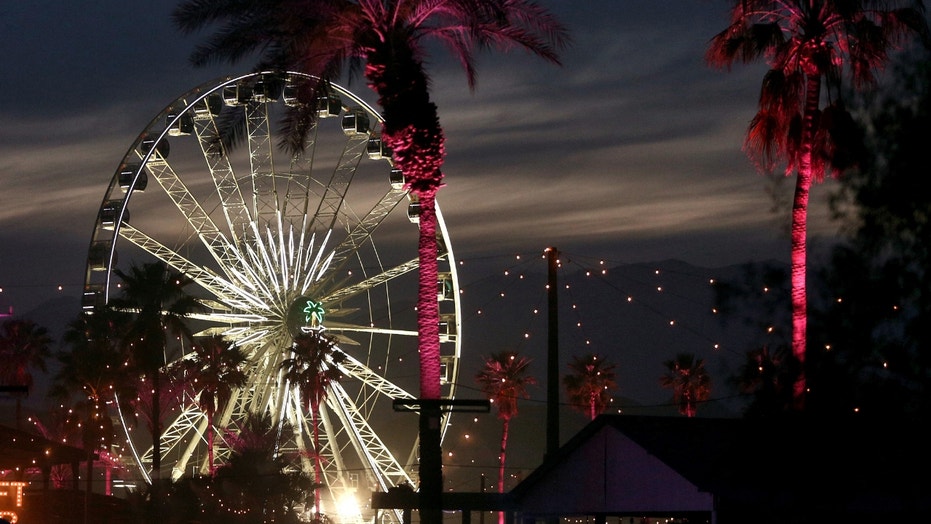 Whether fans are taking in a sporting contest or concertgoers are enjoying the sights and sounds from their favorite performers, audience members feel that they contribute to the overall live experience.

That’s why in light of many businesses all over the country starting the reopening process in their respective states and communities, event planners and promoters are urgently hard at work strategizing and drumming up innovative and groundbreaking ways to safely hold events -- without opening organizers up for liability -- once the live-event industry is given the go-ahead to move forward with throwing people-focused events amid the coronavirus pandemic.

One of the many idea darts being thrown against the wall is the prospect of an in-stadium live event experience catered toward small groups of people, according to Kinzie.

He says the advantage to arenas and venues that have multiple available built-in suites is that intimate groups of people could come together in order to take in a show or performance, while at the same time “collectively bringing large groups of people together, but they're all broken out into smaller spaces.”

“That is a possibility that I think is real,” Kinzie said as he laid out his plan for achieving such a marvel.

“We have been a part of events at AT&T Stadium where the Dallas Cowboys play as an example, where we'll take advantage of rigging opportunities from the ceiling and we'll do a raised floor to where the floor that the performance is on is eye-level to the suite-level of the stadium -- and kind of the general admission seats would be down below where no one would be,” Kinzie explained. “So there are really unique opportunities out there, I think, for fans to come back together. But it would be irresponsible for even a hundred people to come together, or 200 people to come together right now.”

Still, Kinzie said he understands that people have great desires to get out into the world after being holed up inside for so long.

In addition to focusing on smaller groups of people, Kinzie believes national parks are also the driving secret behind providing fans with unique experiences while allowing people to distance themselves, which is a large part of the reason he believes the music festival model is all but dead and can be improved upon.

In fact, the habitual State Fair of Texas attendee has quite the proposal for delivering the sights and sounds of everyone’s favorite festival right to their homes.

In this Saturday, June 21, 2014 file photo, carnival-goers dance to music by Krewella at the Electric Daisy Carnival in Las Vegas.聽 (AP, File)

“The festival concept is not completely dead," Kinzie said. "It will come back someday and it will be thriving. I think it's irresponsible for it to come back right now, but I think there are some inspiring things that can happen here.”

“We will once again gather in stadiums to scream every lyric of a Garth Brooks song. Those days are still in front of us and they will happen. When they happen -- who knows? So for right now, I think it would be very responsible for festivals to be incredibly innovative.”

Kinzie said the future is in bringing unique backdrop experiences to viewers at home and is the type of unique concept that each experiential industry should be thriving for, as it relates specifically to the festival element -- putting artists in highly desirable, unique places.

“What I think America needs right now [is] this uptick in highly creative content," he said referencing a live Kascade concert on May 15 in which the electronic-dance DJ performed from the Grand Canyon Skywalk. “With that event they said I'm not just going to do this from my d--n living room. I want to take people to the most beautiful place that I have access to by car. And I'm going to create the most beautiful scenery I possibly can.”

Additionally, Kinzie believes there are inherent aspects of carnivals and fairs that people crave and that draw us in while keeping us coming back year after year -- such as our favorite funnel cake, turkey leg or in Kinzie’s case, a Fletcher’s corn dog.

“So I think about the State Fair of Texas and I think Coachella, Lollapalooza, Stagecoach, Austin City Limits Music Festival [ACL] -- I think it's kind of all the same thing. I don't care as much about the lineup because I know they're going to get it right. I know it's going to be great,” Kinzie explained.

"Give me the option to buy a package to where I can access your streaming service, but I can also access my favorite food that is iconic to the State Fair and the State Fair sells dozens and dozens of types of food -- that’s their iconic piece and the thing that it makes the Fair who they are is a Fletcher's corn dog. What is it for Coachella? What is it for ACL? What is it for Lollapalooza? Harness that and make it available to the fan by way of their living room.”

Kinzie believes the revised model would help jumpstart local vendors, creating jobs and revenue for many parties involved. Festival-goers have many expenses to consider aside from spending their money on the price of admissions, such as gas or transportation, and Kinzie said festival producers have an ample opportunity with the current state of mitigated crowd gatherings to capitalize on those at home who will miss out on their beloved trips to Indio, Calif.; Austin, Texas, and the likes.

“They need to look at the overall spend of their attendees and offer a package at home or in a small group of people -- maybe we get five or six people together in one little neighborhood in Erie, Penn., that would love to go to Coachella, but they can't this year. And so let's send them a package that allows them to spend like they would have spent before. And then let's deliver the senses to them.”

Kinzie said that between a streaming service and delivering "all of the senses" through "really cool packaging that's safe," one could feel like they're being immersed in the festival experience.

“And now, all of a sudden they've captured my revenue, they've employed their people, they've kept their vendors in business and they have potentially opened their doors to not have 100,000 daily fans -- they can have a million daily fans," Kinzie saud. "They can have two million daily fans because you've eliminated the barrier of travel and accommodations and all of that stuff that gets in the way of people enjoying these experiences."

"And so I think it is a fantastic time for festivals to exploit this opportunity in a very healthy way to expand their fan base, deliver the senses to their current fans and make it possible for new people to attend this thing that I've never been able to attend it before. They might just wake up and have doubled or tripled the number of annual fans that Coachella thrives on," he added.