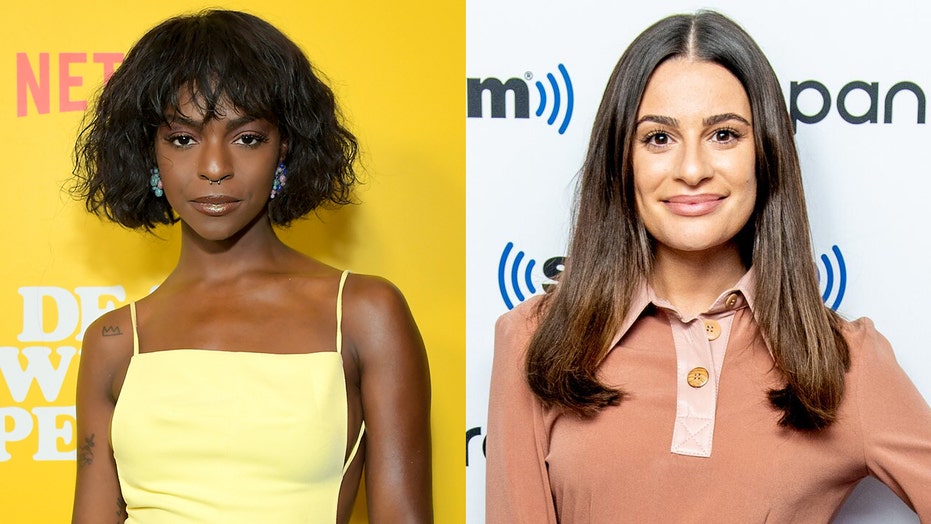 Samantha Ware called out her “Glee” co-star Lea Michele, alleging that she made her time on the show difficult due to her on-set behavior.

Michele, like many in Hollywood, shared a post on her Twitter Friday in support of the Black Lives Matter movement in the wake of the death of George Floyd. Ware responded to the tweet to air some dirty laundry from behind the scenes of “Glee” Season 6.

“LMAO REMEMBER WHEN YOU MADE MY FIRST TELEVISON GIG A LIVING HELL?!?! CAUSE ILL NEVER FORGET,” she wrote. “I BELIEVE YOU TOLD EVERYONE THAT IF TOU HAD THE OPPORTUNITY YOU WOULD 'S--- IN MY WIG!' AMONGST OTHER TRAUMATIC MICROAGRESSIONS THAT MADE ME QUESTION A CAREER IN HOLLYWOOD…”

HOW DID THE CORONAVIRUS OUTBREAK START?

Representatives for Michele did not immediately respond to Fox News’ request for comment.

Samantha Ware called out Lea Michele over behavior she alleges happened while on the set of 'Glee.' (Getty Images)

Fellow “Glee” cast member, Alex Newell responded in support of Ware’s tweets with two gifs from “RuPaul’s Drag Race.” Meanwhile, actor Dabier, who had a guest role on the series, tweeted that Michele didn’t let him sit at a lunch table with other cast members when he was on set.

“I’m with you my sister,” he wrote in response to Ware’s tweet. “I had a similar experience with her that was distasteful.”

HOW IS CORONAVIRUS TRANSMITTED?

He later responded to Michele’s tweet writing: “WHEN I WAS ON THE SET OF GLEE YOU TOLD ME ‘I DIDNT BELONG THERE AT THE CAST LUNCH TABLE’ EVEN THO TWO OF THE OTHER CAST MEMEBERS WANTED ME TO SIT THERE!! F--- YOU LEA. YOU DONT GIVE A F---!”

Michele played Rachel Berry in all six seasons of the hit Fox musical comedy. Ware, meanwhile, had a guest recurring role as Jane Hayward in the sixth and final season in 2015, appearing in 11 episodes. Although the series was her first TV role, she’s since gone on to have parts in “What/If,” “Chicago Med” and “God Friended Me.”

Ware isn’t the first “Glee” star to publicly denounce Michele’s behavior on set. Naya Rivera, who played Santana Lopez, wrote in her book “Sorry, Not Sorry” that she too had friction with Michele while filming “Glee.”

“One of the Glee writers once said that Lea and I were like two sides of the same battery and that about sums us up,” she said, “If I’d complained about anyone or anything, she’d assumed I was b----ing about her. Soon, she started to ignore me, and eventually it got to the point where she didn’t say a word to me for all of Season Six.”