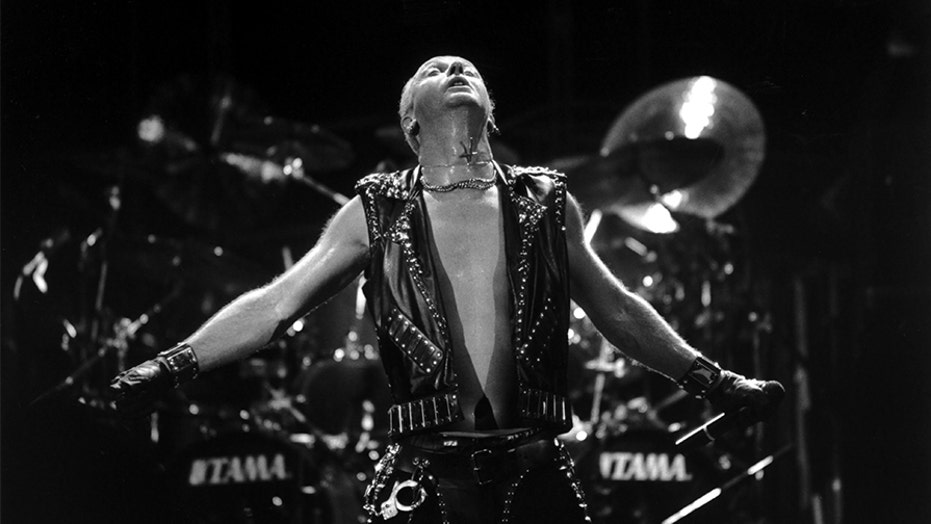 EXCLUSIVE: If you didn’t expect Rob Halford to be an open book at age 69, then you’ve got another thing comin’.

The Judas Priest frontman recently bared his soul in a new memoir titled “Confess: The Autobiography,” where he got candid about his painful upbringing, a sudden rise to stardom, hitting rock bottom and finally getting clean after nearly giving up on living. The star held nothing back when it came to describing how he coped with his sexuality behind closed doors and the surprising moment he decided to out himself on television.

Halford spoke to Fox News about why he’s revisiting some of the most traumatic moments of his life now, the lasting rumor that continues to haunt Judas Priest, as well as getting sober.

Fox News: What compelled you to write “Confess” now?
Rob Halford: Well, it goes back. From my early 40's, requests have been coming in from various people for me to think about making a memoir, and I always said that the time wasn't right. I always felt like I needed to have some more heavy metal miles under the body belt before I even thought about it. Then this wonderful opportunity came and I don’t know, something triggered inside me and I felt like, "Let's do it now before I say no again."

I've just turned 69. I've had a glorious life. So many wonderful things have happened to me. Some not so wonderful. But the vast majority has just been sensational, and the first little thing to think about is: Is anybody going to be interested? I was told over and over again, “Yes, there will be a lot of people out there in the world who would like to know about the life of a metal don." So that was all I needed, and so we began work on the book, and now it's done and dusted as they say.

Fox News: You revisited a lot of painful memories from your past. What kept you going in the writing process?
Halford: I have to say that being clean and sober enabled me to really open up and speak about those sometimes dreadful moments. When you’re clean and sober, you have to be honest. You can't lie anymore, and it's amazing the amount of fear that's taken away from you because you’re not covering your tracks, if you understand what I mean by that. So as difficult as it was at times, I was able to answer.

But this is the whole point of this book. It's called “Confess,” and when you confess, you have to take every part of you that comes into making a confessional. It's interesting really because I'm not a Roman Catholic… I don't think I've ever sinned. I think I've just lived my life.

Fox News: When did you realize that you had to get sober?
Halford: Oh, that came when I was just punching the walls. Just so angry with myself, angry with life. I was in a really dark, desperate place. I say in the book you have to get to the bottom of the s--t pit because you get sober. You can't go any further than death. I tried that, and my friend saved my life.

So, anybody that's recovering from alcoholism or drug addiction will tell you that there was a pivotal day. There was a tipping point, there was a moment when you said, "Enough is enough, I need help." That's what it is, you have to confess that you need help. You can't do this by yourself. You need to put yourself in a place where you can get the tools and resources to help you recover. But it all comes from you, this decision. It's probably one of the most strongest and powerful decisions that I've ever made in my life.

Fox News: Looking back, how frustrating was it for you to feel that you had it all as a successful artist but essentially had nothing when it came to having an open relationship like anyone else?
Halford: It’s crazy isn't it, actually? We all need love in our lives. When you're in love with somebody, great things come from it in every aspect of what that sentence may entail. I was struggling as a person. I don't know, maybe my music would have turned out differently if I'd have been in a stronger relationship whatever that was. It may have drawn from it.

It's a great thing to kind of think and ponder about. But there I was, in this incredible heavy metal band, which for the most part at that time had a very strong alpha male, straight audience. Had my sexuality been on the front pages, things would have turned out a lot differently for the band and for myself to some extent.

Fox News: Musicians, especially rock stars, have groupies. How were you coping with the fact that you were getting all this attention, but it wasn’t the kind of attention you would have wanted?
Halford: I mean, that side of rock ’n’ roll, the escapades, the shenanigans and so forth -- that’s always been there. It's been there since Mozart and probably before that. I just went through it as best as I could. It was never totally that important to me. I think possibly because of a lot of the psychological issues that went around being not only a gay man but the fact that I was sexually abused as I talk about.

All of these things have a tremendous impact on your physical needs as a person. So, I'd like to feel that the messages, if there are any, in those parts of my life really can shed light on the horrible aftereffects that sexually abused people have to go through. They kind of last you all of your life. Particularly if it happens to you when you are a younger person, developing your sexuality and your physical needs. So, I'm sure that had a bearing as well on my adult life, particularly in Priest and the after-show activities.

Fox News: You came out during an interview for MTV in 1998. Was that moment planned?
Halford: It was just that spur-of-the moment kind of subconscious stream of talk that was coming from the question the interviewer gave to me… I’m glad I did. I don't regret it. I don't have any regrets in my life actually. There it was, you know? It turned out to be an incredibly powerful moment for myself in terms of setting myself completely free and the aftereffects that came with it.

Fox News: There has always been this rock myth that you worked in a porno cinema before Judas Priest, which explained where your style comes from. Does it surprise you that this rumor has survived so long?
Halford: No, it doesn't surprise me *laughs*. Nothing surprises me at the end of the day on the internet. You know in the old days the urban myths were kind of scrolled on parchment or on the walls of caves. It hasn't changed that much. I worked at that little shop in Walsall for barely a week I think. Somehow it became recognized as my full-time profession.

Fox News: What’s life like for you today?
Halford: Oh, it's beautiful. It has been beautiful pretty much since I've been clean and sober. Particularly since my sobriety started, I can make more sense of what's important and what isn't. Figuring out what's negative energy, what's positive energy.

I surround myself with positive energy. I don't have the space for negativism. I think it's a very destructive force. And we're witnessing that now in many ways although, don't get me started. I'm thinking of something right now because I have my opinions like everybody else. Sometimes you have to go to extreme places to get good things to happen. I'll say no more than that.

Fox News: What’s one message you hope readers will get from your story?
Halford: To be honest, I don't think there is something that I'm trying to convey or a message. I'll tell you what I would like to see come of it, though. Much like when I came out of the closet and the good that that did. It's just the question rose, again, those darker moments, the effects you'll bring of those addictions. The drug addiction, gun violence, physical violence.

You have to talk about these things. I would like to feel that debate and discussion can come out of those particular episodes. When the world gets to look at my confession, then we'll see what happens after that.