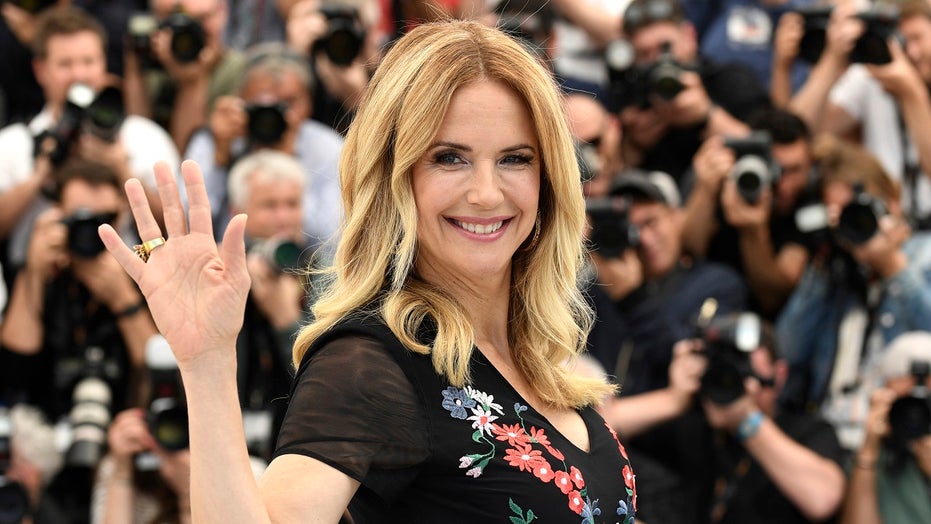 Kelly Preston died at age 57 from breast cancer on Sunday after a private two-year battle.

The actress spent her final years caring for her family including husband John Travolta, daughter Ella and her son Benjamin, advocating for people with autism because of her late son Jett, acting in different projects and letting fans into her private life through social media.

Preston has one more movie coming out posthumously. In 2019, she filmed “Off the Rails” with Judi Dench. The film is about four friends in their 50's who spend five days traveling across Europe.

In April 2019, Preston posted a photo of the cast and gushed about her opportunity to work with Dench, 85.

Preston also starred alongside Travolta, 66, in 2018 for the movie “Gotti.” The pair portrayed John and Victoria Gotti.

"We have the friendship and we have the rapport, so you can see the intimacy," Preston told Entertainment Tonight about starring alongside her husband. "I looked at him and the way he looked at me was so completely ... I felt like I was in John Gotti's arms. It sent chills."

JOHN TRAVOLTA, KELLY PRESTON REMEMBER SON ON WHAT WOULD'VE BEEN HIS 28TH BIRTHDAY

She reportedly did her last red carpet appearance for the New York City premiere of “Gotti.”

Preston also cheered on her daughter Ella, 20, for her 2019 acting role alongside Travolta in the film “The Poison Rose.”

“Still in absolute awe of my stunning daughter @ella.travolta I just re-watched all of her interviews from this past week doing press for #thepoisonrose and she has jumped into ‘the family business’ as an absolute natural,” the mom gushed on Instagram.

She continued: “It floored me how poised, confident, elegant, sweet, gorgeous (I don’t think there are actually enough adjectives in the English language for me to properly articulate how perfectly she held her own)... I am beyond proud of her and all of her accomplishments, but most of all I am proud and honored to have her as my daughter. I love you and congratulations @ella.travolta.”

Preston revealed in an interview with “Good Morning America” in 2018 that her daughter is the one who got her to join Instagram. “She’s like ‘It’s about time! You have to join the century,’” she shared.

Through Instagram, the “Jerry McGuire” star shared a lot of loving posts about her family.

The doting mother also shared sweet messages for her late son Jett who died at age 16 in 2009 following a seizure.

“Happy Birthday to our sweetest Jetty, we love you!!” Preston captioned a photo in April of her hugging Jett.

That same month, the “Mischief” star shared a sweet tribute to those living with autism and special needs.

Preston also posted a lot about her love for Travolta. Her last Instagram post is dedicated to her husband for Father’s Day.

“Happy Father’s Day to the best one I know, we love you 😘💕,” she wrote

In a 2018 interview on “Watch What Happens Live with Andy Cohen,” Preston revealed she and Travolta spent a lot of time dancing together.

Preston also opened up about the secret to her 28-year marriage with Travolta. “Communication. Keeping it fresh! Checking in with each other and evolving. You change so you want to change together. And keep it fun,” she said in a 2018 interview on “Good Morning America.”

She added: “It doesn’t just happen on its own. You have to work at it.”

In Preston’s last anniversary tribute to her husband, she said, "To my dearest Johnny, the most wonderful man I know. You have given me hope when I have felt lost, loved me patiently and unconditionally… made me laugh harder than any other human being possible… shared the most beautiful highs and at time lows.”