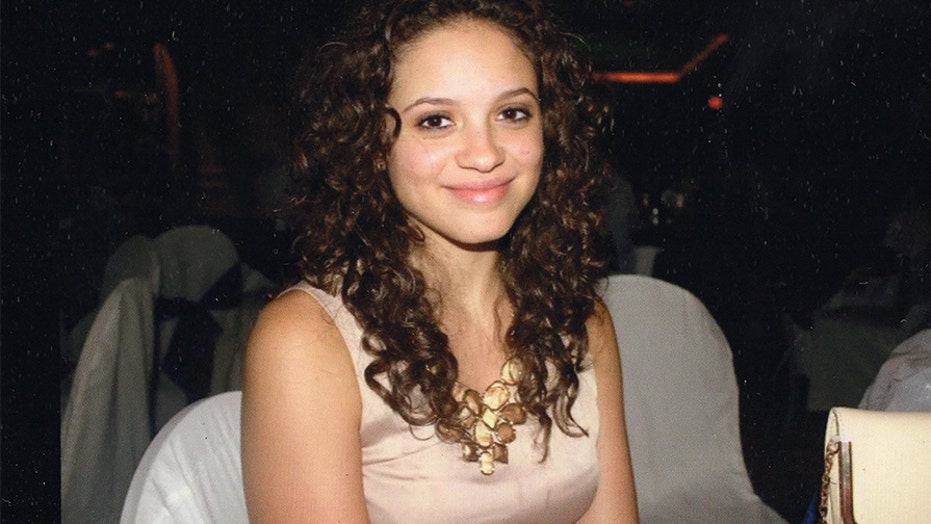 Connie Hedgepeth is hoping someone will finally come forward and reveal what really happened to her daughter.

Faith Hedgepeth, a 19-year-old student at University of North Carolina-Chapel Hill, was beaten to death with an empty rum bottle inside her off-campus apartment in September 2012. Her brutal murder is now the subject of a new Investigation Discovery (ID) documentary titled “Who Killed the Co-Ed? An ID Murder Mystery.” It features interviews with investigators and loved ones eager to finally solve the case.

The special is part of “ID Presents: Nine at 9,” which offers new shows running nightly on the true-crime network.

“I’m hoping someone who knows anything will speak up,” the heartbroken matriarch told Fox News. “What could my daughter have possibly done to deserve this? What did she say? The people who did this to her, why? Someone must have information and we just don’t want anyone to forget what happened to Faith.”

Faith Hedgepeth is the subject of a new documentary on Investigation Discovery (ID) titled 'Who Killed the Co-Ed? An ID Murder Mystery.' (Image Courtesy of Ronald Hedgepeth)

JEFFREY DAHMER WITNESS SAYS SHE SAW 'A STREAK OF EVIL' WHILE TRYING TO RESCUE VICTIM FROM GRISLY FATE: DOC

When Hedgepeth’s roommate Karena Rosario walked into the bedroom, she was met with a horrific scene. Authorities said semen was discovered on the young woman’s body-- found on the floor next to her bed -- and blood was splattered on the wall and closet door. A nearby handwritten note scribbled on a take-out fast food bag read: “I’m not stupid b—-. Jealous.” It was Rosario who called 911 to report finding her roommate unresponsive on her bedroom floor.

“She’s unconscious,” a frantic Rosario is heard on the call. “I just walked in. There’s blood everywhere. I can’t believe this. Someone had to have been in there.”

When the police arrive, they found Faith covered in blood and nude from the waist down.

Hedgepeth, 64, said it was difficult to pinpoint exactly who could have harmed her daughter. She was an active member of the Haliwa-Saponi tribe and aspiring doctor who quickly became friends with anyone she encountered.

LORENA BOBBITT ON REVISITING HER NOTORIOUS CASE IN LIFETIME FILM: 'THERE WAS A LOT OF TRAUMA'

“She had a lot of friends,” she said. “I mean a lot of people. She knew more people than I’ve ever known in my lifetime. Everybody knew her. I remember when we went over there [after getting the news], the circle of people who interacted with her at one point just grew bigger and bigger. She never met strangers. She was very open and friendly to everyone she met.”

The night before her death, Faith and Rosario arrived home from the Davis Library on the UNC campus just after midnight. The women decided to go out and arrived at the Wallace Parking Deck just before 1 a.m. From there, they walked to the Thrill bar. According to investigators, the roommates left the bar together at 2:38 a.m. and drove back to their apartment in Faith’s white Nissan Altima. Police said Rosario left the apartment again at 4:27 a.m.

Rosario returned at approximately 11 a.m. with a friend when she discovered Faith’s body.

“I fell to my knees,” said Hedgepeth on getting the fateful phone call. “I was just told she was dead. I was working when they told me she was gone. I kept saying, ‘You got the wrong person.’ But it was true. I couldn’t stop crying. But I had to get myself together.”

According to The News & Observer in North Carolina, the Chapel Hill Police Department gathered a considerable amount of forensic evidence, performed hundreds of DNA tests and even generated a composite image of the killer based on DNA. A friend also reported a voicemail message from Faith that seemed to be a pocket dial. While the message was difficult to understand, experts have attempted to analyze it. Some insisted it captures moments from the assault.

The recording will be played in the documentary for audiences to interpret for themselves.

“If you hear it carefully, it sounds like she was crying,” said Hedgepeth. “And if that’s the case, these people were killing her.”

Released documents showed that Eriq Takoy Jones IV, Rosario’s ex-boyfriend, threatened Faith’s life if Rosario didn’t get back together with him, The Daily Tar Heel reported. Rosario brought a domestic violence protective order against him in July 2012, a few months before Faith’s death.

Then on the day before the murder, the outlet reported Jones posted a cryptic message on social media asking for forgiveness for what he was about to do. He posted a similar note on his Facebook page three days after Faith’s murder that said, “Dear Lord, forgive me for all of my sins and (the) sins I may commit today. Protect me from the girls who don’t deserve me and the ones who wish me dead.”

However, the outlet noted Jones’ DNA did not match the DNA found at the crime scene. And some have declined to submit DNA samples.

Hedgepeth admitted that while she’s just as determined as ever to seek justice for her daughter, not knowing who committed the heinous killing continues to break her.

“I remember one Sunday when I couldn’t even stay in church,” she said. “I just cried and cried. It still bothers me so much because she was alone. I think about it a lot and how there are people out there who could have done something like this to her. She had nobody to help her at that moment. I wonder sometimes, did she try to call out for me at that moment?”

Hedgepeth is hopeful the new ID documentary will create renewed interest in Faith’s case. And perhaps someone, anyone, can give her the answers she’s been desperately seeking for years.

“I want people to know someone precious was taken away from me,” she said. “You never think something like this is ever going to happen to you. You hear of unsolved murders all the time. But it’s frustrating when it’s your loved one. You try not to lose faith. But it can be hard. I’m just praying to God to give me the strength to go on for another day. I need to keep going for her.”