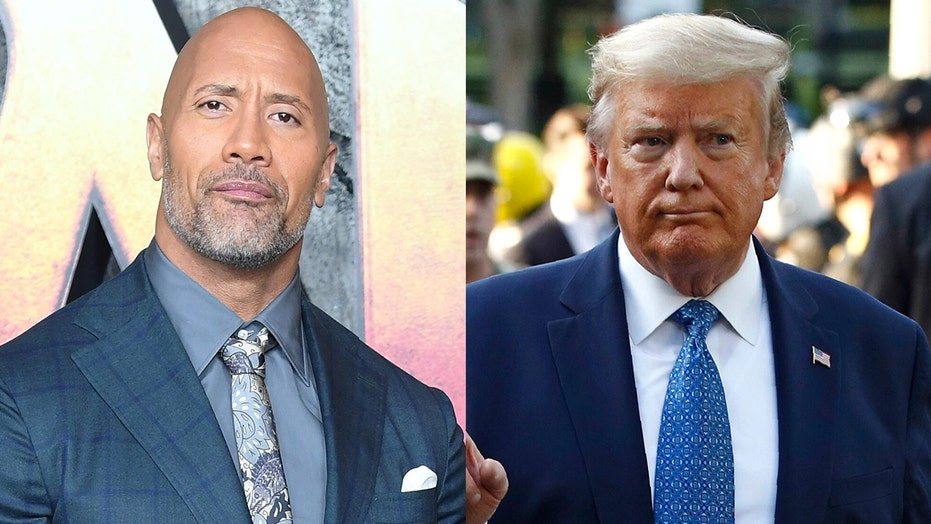 Dwayne “The Rock” Johnson seemingly took a swipe at Donald Trump in an impassioned video commenting on the ongoing protests in the U.S. sparked by the death of George Floyd.

The 48-year-old movie star joined the myriad of actors either protesting or speaking out in support of the black community in the United States after Floyd’s death sparked a national conversation about police brutality that turned violent in some parts of the country. President Trump has since responded with calls to renew “law and order” by instructing state governments to deploy more police.

Johnson took to Instagram on Wednesday where he shared a roughly 8-and-a-half-minute video in which he delivered an emotional speech calling on the president to step up and lead with compassion, although he did not mention Trump by name.

CORONAVIRUS PREPARATION: WHAT TO STOCK-UP ON

“Where are you? Where is our leader at this time? At this time when our country is down on its knees begging, pleading, hurt, angry, frustrated, in pain, begging and pleading with its arms out just wanting to be heard,” he says. “Where are you? Where is our compassionate leader who is going to step up to our country who is down on its knees and extend a hand and say ‘You stand up. Stand up with me. Stand up with me, because I’ve got you. I’ve got you. I’ve got you, I hear you, I’m listening to you and you have my word that I’m going to do everything in my power, till my dying day, to my last breath to do everything I can to create the change that’s needed, to normalize equality because black lives matter.’”

The star went on to encourage people to stop saying “all lives matter” and start to understand the rallying cry “black lives matter.”

The star went on to denounce the use of military force on protesters, arguing that treating the moment with compassion would yield more positive, long-term results.

ARE PREGNANT WOMEN AT RISK FOR CORONAVIRUS?

The star concluded by once more asking for America’s leader to step up before urging citizens to take leadership into their own hands if the president continues to demonstrate a combative response to the protests.

“So, as we continue to wait for that leader to emerge... I would recommend to all of you that we must become the leaders we’re looking for. We can become our own leaders, because we’re doing it now. We’re doing it now,” he said. “We must become the leaders that we’re looking for. I’ll ask it one more time… Where are you? Where is that compassionate leader who steps up and takes accountability for his country and all of the people in our country? Where are you? Because, I tell you what, we’re here, we are all here. We’re all here. And the process to change has already begun.”

He concluded his lengthy video saying: “You can feel it across our country, change is happening. It’s going to take time. We’re going to get beat up, we’re going to take our lumps, there’s going to be blood but the process of change has already begun. You guys stay strong. We’ve got this.”