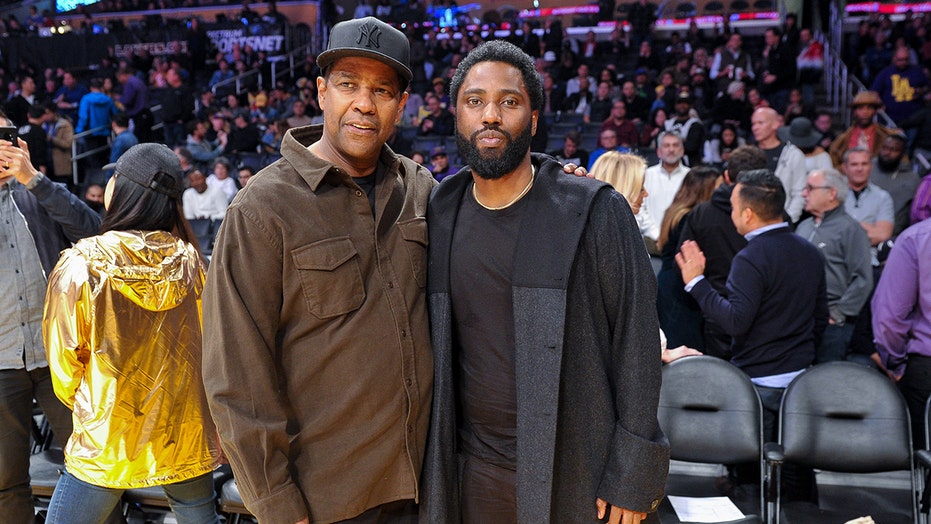 Denzel Washington’s son John David revealed that his father used to give inspirational speeches from his movies at his youth football games.

John David is a football player-turned-actor who, in an interview with Esquire, discussed both his career as well as what it was like growing up with his dad as he was shooting to fame thanks to movies like “Malcolm X” and “Glory.”

He told the outlet that he grew up idolizing his father, and was thrilled when he started coaching his youth teams. He said that, over time, he started to hear familiar beats in his dad’s sideline pep talks before games.

CORONAVIRUS PREVENTION TIPS: HOW TO STOP TOUCHING YOUR FACE

Denzel Washington's son, John David, revealed that his dad used to give pep talks from his movies at his youth football games. (Allen Berezovsky/Getty Images)

“This is from the ‘Malcolm X’ speech, right?” John David recalls thinking at the time.

Denzel played the late civil rights activist in the 1992 movie by director Spike Lee. The role propelled the actor to new heights and even offered John David his first on-screen cameo at the age of six.

WHY DO SOME COUNTRIES STILL HAVE NEXT TO NO RECORDED OUTBREAKS OF CORONAVIRUS?

Despite the apparent goofiness of using dramatic monologues from his films to inspire middle school football players, John David insists that his dad took the competition and his son’s role in it very seriously. He recalls a story in which he started to hesitate before tackles when he was in seventh grade. Denzel reportedly took him into the backyard of their house and made him hit a punching bag repeatedly to get over his contact hesitation.

The lesson was described as being eerily reminiscent of Denzel’s character in “He Got Game,” in which he played the father of a star basketball prospect.

Denzel was reportedly just as encouraging of his son’s acting career as he was about his football. In addition to his role in the Oscar-winning film “BlacKKKlansman,” John David lead alongside Robert Pattinson in Christopher Nolan’s upcoming science-fiction spy-thriller “Tenet.” The movie comes at an interesting time as it’s poised to be one of the first major blockbuster releases since the coronavirus pandemic shut down most movie theaters in the U.S.