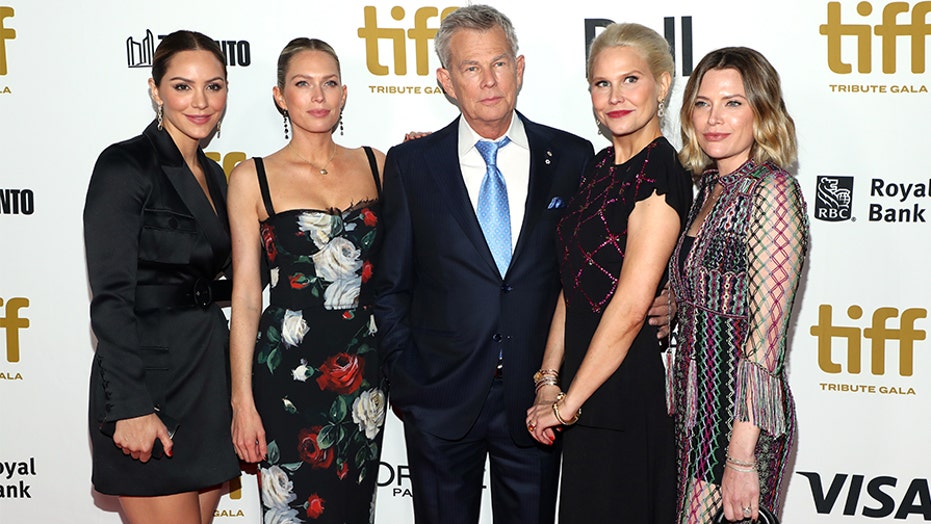 Amy S. Foster is grateful she had loved ones by her side as she battled breast cancer.

The daughter of record producer David Foster, who appeared in the recent documentary “David Foster: Off the Record,” about the 70-year-old’s life and career, told People magazine on Wednesday that her family helped her to not be “afraid” after she was diagnosed with breast cancer last year and underwent a mastectomy.

The 46-year-old said she’s been taking “extra precautions” amid the coronavirus pandemic.

“I am on chemotherapy every day,” said the author and songwriter. “I’m on a pill form of chemo which makes my immune system not as strong. It’s only been a year since I was diagnosed and had my mastectomy, and I have to have another revision surgery. So I can’t really be out.”

According to the outlet, Foster candidly spoke about her father in the documentary currently streaming on Netflix and shared their relationship has evolved over the years.

“He understands that as a parent, it’s a lot more than providing — he puts time in, he puts energy, he puts effort,” she said.

Foster pointed out how the patriarch and his new wife Katharine McPhee, 36, flew out to Portland, where she’s currently residing, to stay with her when she had her mastectomy.

“[Our relationship] has grown a lot, and I think my dad and I are a lot alike,” she admitted.

“The relationship that I have with my dad is so great now,” Foster continued. “He’s not so stuck in his ways that he thinks that he’s intractable, that he doesn’t need to change. He’s evolving every day, and I love that.”

But life for father and daughter wasn’t always so simple. Foster said that growing up in a separate home from David was “challenging” at times. While David lived in Malibu, she grew up in Toronto with her mom, B.J. Cook, David’s ex-wife.

“My dad was so young when he had me, I want to say 23,” said Foster. “Dads in the ‘70s did not operate the way that dads operate now. He really did believe that his job was just to provide.”

“[But] I would not have had it any other way because I’m really grateful that I grew up where I grew up,” Foster shared. “I did not grow up entitled, I did not grow up with money and I really had to work for everything. I think that shaped my character in a way that gave me a lot of resilience, which you need in life and certainly in the writing entertainment profession.”

KATHARINE MCPHEE, DAVID FOSTER TO ENTERTAIN PEOPLE STUCK INSIDE DUE TO CORONAVIRUS WITH DAILY INSTAGRAM CONCERTS

Foster said that revisiting her childhood in the documentary was “both triggering and healing.”

“I was really taken back to those moments of my childhood that were painful, and I saw that girl who was me and I felt so much empathy for her,” she said. “I wished that I could go through the movie screen and whisper in her ear and tell her, ‘It’s going to be fine.’”

Today, Foster hopes the documentary will shed new light on her father and address any misconceptions about his life, both personally and professionally.

“My father’s journey is so interesting, and I hope that people don’t judge him based on how many times he’s been married,” she said. “I really hope that people understand that this singular talent that my father has is one that if given to somebody else, they might not have become David Foster. That the talent was one component but his dedication and his hard work and his focus is what made him David Foster.”

“It wasn’t like he had it easy,” she said. “He worked for everything, every inch of ground that he got. I think that that is something that he passed down to us.”