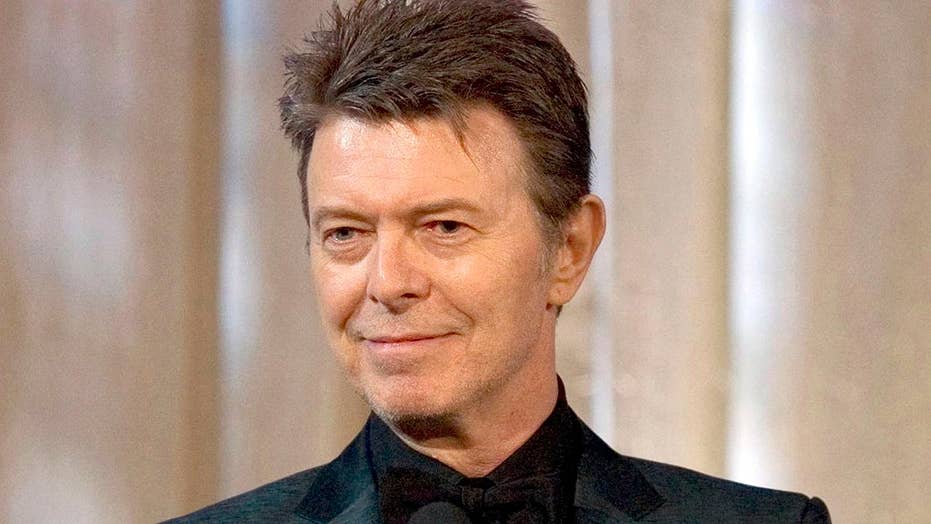 The English singer-songwriter and actor exuded an aura that permeated those around him at every turn in his life and up until his death in January 2016 at the age of 69. The “Space Oddity” performer was a consummate showman with a big heart and even bigger impact in the colliding worlds of music, fashion and the arts.

“You couldn't really take a bad picture of David, to be honest. I mean, I didn't. But nobody else did either,” Mick Rock, longtime friend and photographer to Bowie and the stars, told Fox News. “He was a sweet soul and he was very kind to me at times in my life when I was having not such a great time, like when I had quadruple bypass heart surgery in 1996. And he actually sent me some money and he cosigned some prints, which I was able to sell. So he was not only incredibly photogenic, he was amazingly talented as a musician, as an actor and as a man.”

Rock is a London native who throughout the years has released numerous collections of Bowie images, including the “The Rise of David Bowie." It came in conjunction with Bowie’s 1972 groundbreaking album, “The Rise of Ziggy Stardust and the Spiders from Mars."

The 72-year-old is part of a cohort of over 25 immensely talented photographers who have each photographed Bowie at various stages in his life and are all featured in “David Bowie: Icon: The Definitive Photographic Collection.”

The volume -- which also includes personal essays from additional photogs such as Janet Macoska, Terry O'Neill, Norman Parkinson and Masayoshi Sukita as well as rarely seen private moments and candid snapshots of Bowie -- serves as the ultimate coffee table book and one that is almost guaranteed to invoke conversation and much deeper exploration into the life of Bowie.

“‘Icons' is its own thing. I mean, it's really great stuff. It's got a lot of pictures I've never seen before,” Rock raved of the collection. “I personally know a couple of the photographers in there, but David felt he was a very photogenic man and this book brings it out because no matter who photographed him, they got great pictures.”

Of his initial foray into becoming close with the rock legend, Rock said: “I was young. I was relatively early in the whole thing. I first met him in early 1972 before the release of 'Ziggy Stardust.' And obviously, 'Ziggy Stardust' is a key work because that's the image a lot of people still have of him and then that's what launched him onto the international stage. He was a lovely guy, I have to say. He was a very compassionate guy. He photographed beautifully.

“I’ve got pictures in here from three periods from 'Ziggy Stardust,' 'Thin White Duke' and also from 2002 and I have video from the 2002 session, I'm happy to say. And I've done exhibitions all over the place. But again, it didn't matter who photographed him and obviously, everybody has their own version but all the pictures are fabulous, what can I tell you?” Rock quipped.

The photog and illustrator -- who has photographed the likes of Nirvana drummer and Foo Fighters founder Dave Grohl and Marilyn Manson -- went on to share the reason that Bowie was "up for meeting" with him that first time around.

According to Rock, he had maintained an unwavering relationship and connection he had developed with the late Pink Floyd founder Syd Barrett around 1969.

Rock said he had no idea how such an enigmatic person in Bowie could remain so clandestine given his status in the world.

“Everybody wanting a piece of him but he didn't walk around with bodyguards,” Rock explained. “I mean, some of these characters I know have bodyguards and that's their choice, why not? And he did have bodyguards in the early years but he would walk around New York all the time.”

Added Rock: “For someone who was so overtly visual and everybody knew who he was – and certainly in the '70s – he was amazingly good at being invisible in New York. And considering he went out a decent amount, there are very few pictures of him from the last two years of his life.”

Of the many of the images of Bowie that may or may not see the light of day – the one constant is they remain priceless artifacts connected to one of the industry’s most mysterious souls.

“Many people don't know how he was a cheerful soul and he was very playful,” Rock recalled of Bowie’s penchant to turn it up a notch whenever a lens was nearby. “You could see it in lots of the pictures. He was a kind man, too, but when he came for a session, he came to play.”

“Outside of a young Elvis Presley, I mean, [Bowie] was the most photogenic man to ever come out of rock and roll. I don't think there's any secret about that.”