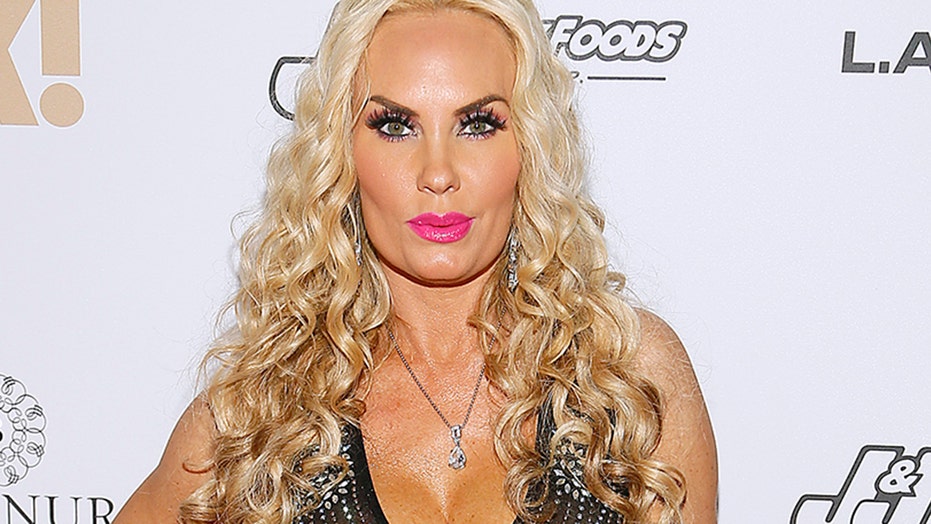 Coco Austin is having a hard time coping with her family members being diagnosed with coronavirus.

On Tuesday, Austin's husband, rapper Ice-T, revealed that his father-in-law had checked into a hospital in Arizona to seek treatment for COVID-19.

Since then, Austin, 41, chatted with Page Six about the ordeal, sharing details of her father's battle with the novel virus.

“I just want him to pull through,” said the former "Ice Loves Coco" star. “I’ve been sending as much love as I can, but there’s only so much I can do from a distance. I want to be in the room with him right now and hold his hands, and just let him know that his family loves him, to push through, and this is too early for him to go.”

Doctors have told Austin that her 63-year-old father Steve may soon be placed on a ventilator to assist with his fight, which now has him so weak that even speaking is difficult.

“He can’t even say a word. For him to say ‘no’ or ‘yes’ is so hard that I have to use texting now, and today he doesn’t even want to text anymore," Austin told the outlet. "He’s just getting so frustrated that he’s in this position that he doesn’t want to get on the phone."

Unfortunately, Steve's condition is "not looking good," the star explained.

“He was feeling lethargic. My dad is very much a chattybox. He’s very much a conversationalist and he wasn’t talking that day much, so there was something up that we knew," said Austin. He also was experiencing shortness of breath and a feeling like pins were “being stabbed throughout his body," she added.

Steve waited nine days to seek medical attention, which Austin said is "basically what they say is too late."

Where he contracted the virus is currently unclear, but Austin admitted her father isn't one for wearing face masks.

"I don’t think my dad was a good face mask wearer," the model told Page Six. "I think that’s why he’s in the position he is in right now."

In addition, one of Austin's aunts was admitted to the hospital to treat coronavirus while another aunt contracted it and has quarantined at home, saying she feels like she's "dying."

"It’s like, ‘Oh my God, like, my family is falling apart," Austin said. "We’re here thinking we came to Arizona to get away from the craziness in New York and New Jersey, and I feel like we now swallowed it up in the spike that just happened here."

Arizona is among a handful of states that have seen coronavirus cases spike within the last few weeks.

Despite being exposed to the virus, Austin, Ice-T, their 4-year-old daughter Chanel, as well as her other family members, have not been exhibiting symptoms, the former reality TV star said.

“It’s hard to get a test out here when you don’t have symptoms, but I do want to get an antibodies [test]. We’ve been talking about where to go to get that, but it’s so hard," she explained to the outlet.

The star said that she's speaking about her experience "to let people know that I didn’t feel like my family could be touched," but that her father, with no pre-existing conditions, "is about to go on a ventilator."