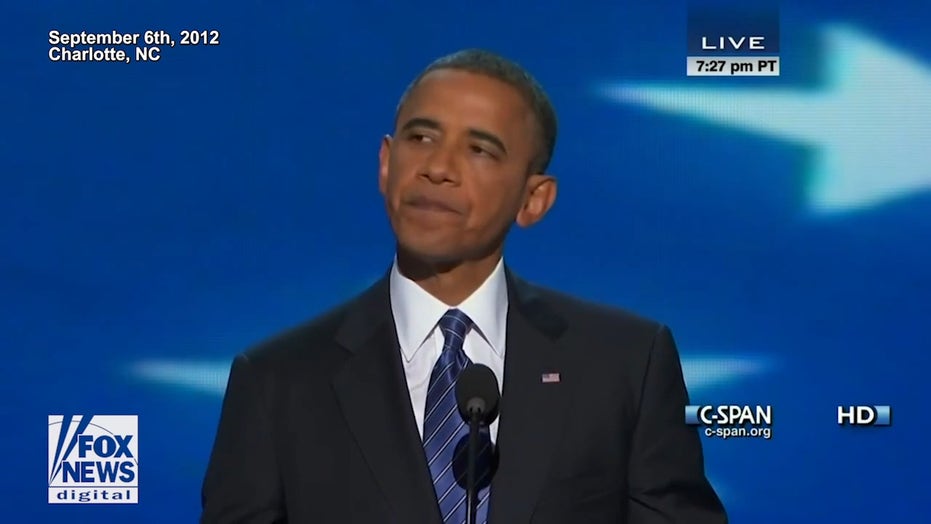 “Obama becoming the president, it’s progress for White people. It’s not progress for Black people,” Rock told The New York Times during a wide-ranging interview to promote his upcoming FX series “Fargo” that was published Wednesday.

CHRIS ROCK RIPS PELOSI, DEMS: 'YOU LET THE PANDEMIC COME IN' DURING IMPEACHMENT

“It’s the Jackie Robinson thing. It’s written like he broke a barrier, as if there weren’t Black people that could play before him."

“It’s the Jackie Robinson thing. It’s written like he broke a barrier, as if there weren’t Black people that could play before him,” Rock continued. “And that’s how White people have learned about racism. They think, when these people work hard enough, they’ll be like Jackie.”

Rock said “the real narrative should be that these people, the Black people, are being abused by a group of people that are mentally handicapped.”

“And we’re trying to get them past their mental handicaps to see that all people are equal,” he said.

CHRIS ROCK SLAMS JUSSIE SMOLLETT AT NAACP AWARDS: 'WHAT THE HELL WAS HE THINKING?'

The comic legend added that “humanity isn’t progress” and should be expected.

“It’s only progress for the person that’s taking your humanity. If a woman’s in an abusive relationship and her husband stops beating her, you wouldn’t say she’s made progress, right? But that’s what we do with Black people. We’re constantly told that we’re making progress,” Rock said. “The relationship we’re in -- the arranged marriage that we’re in -- it’s that we’re getting beat less.”

Rock also blasted House Speaker Nancy Pelosi, D-Calif., and other Democrats for prioritizing impeachment earlier this year, accusing them of letting the coronavirus into the country as they attempted to oust President Trump, who he likened to a "5-year-old."

Rock recalled talking politics with comedy colleague Dave Chapelle, knocking President Trump by comparing him to a "landlord" and explaining "we’re in the predicament" because "no one has less compassion for humans than a landlord."

He then linked the president to the 1987 film "The Last Emperor," which he noted features a child ruler.

"Did you ever see that movie 'The Last Emperor,' where like a 5-year-old is the emperor of China?" Rock explained. "There’s a kid and he’s the king. So I’m like, it’s all the Democrats’ fault. Because you knew that the emperor was 5 years old. And when the emperor’s 5 years old, they only lead in theory. There’s usually an adult who’s like, 'OK, this is what we’re really going to do.' And it was totally up to Pelosi and the Democrats. Their thing was, 'We’re going to get him impeached,' which was never going to happen. You let the pandemic come in. Yes, we can blame Trump, but he’s really the 5-year-old."

He continued, "Put it this way: Republicans tell outright lies. Democrats leave out key pieces of the truth that would lead to a more nuanced argument. In a sense, it’s all fake news."

Rock also explained why he observed recent civil rights protests but didn’t partake in them himself.

“We’re in the middle of a pandemic, man, and I know people who have absolutely passed from it,” Rock told the Times. “I’m like, dude, this COVID thing is real.”

Later in the interview, the outspoken Rock told the Times why he feels people who count on friends for a “long-term solution to loneliness” are “idiots.”

“I’ve never met an elderly person that was cared for by their friends. Every elderly person I know that’s got any trouble is cared for by a spouse or a child,” he said. “Sometimes they have like five kids but only one helps. Where are your friends? Your friends are probably not going to be there when it really counts. When my dad was dying in the hospital, where were his friends? My grandmother, where were her friends? Don’t get me wrong, you get sick in your 20s, your friends will come to the hospital. It’s an adventure. You get sick in your 60s, they farm it out.”