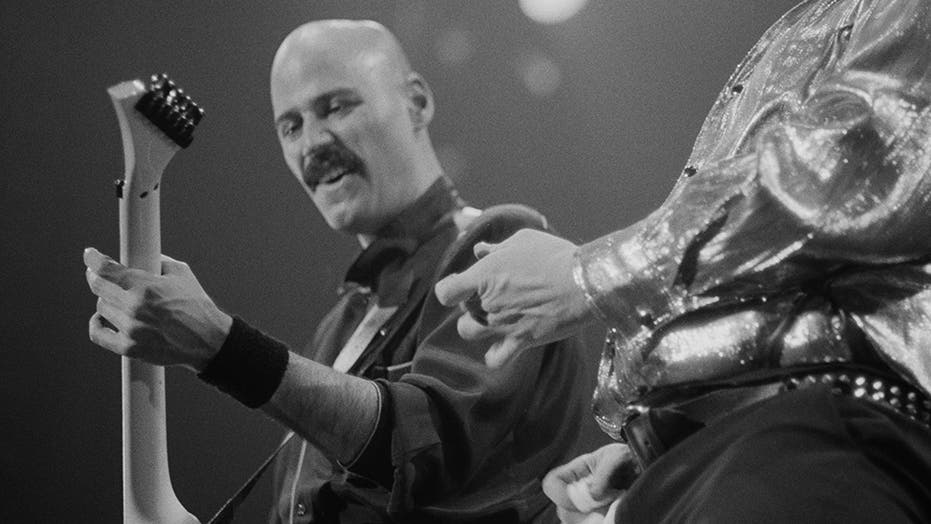 Bob Kulick -- a guitarist known for performing with KISS, Lou Reed and Meat Loaf -- has died. He was 70.

Kulick's brother shared the tragic news on social media on Friday, writing: "I am heartbroken to have to share the news of the passing of my brother Bob Kulick. His love of music, and his talent as a musician and producer should always be celebrated. I know he is at peace now, with my parents, playing his guitar as loud as possible. Please respect the Kulick Family’s privacy during this very sad time."

No other details about Kulick's death are currently known.

Following the announcement of his passing, tributes came pouring in.

ANTHONY JAMES, 'UNFORGIVEN' AND 'IN THE HEAT OF THE NIGHT' ACTOR, DEAD AT 77

"We are heartbroken. Our deepest condolences to the Kulick family in this difficult time," KISS wrote on its official Twitter account.

Keyboardist Derek Sherinian tweeted: "I am very sad to hear about the passing of Bob Kulick. I played on several tribute records in the 90s that Bob produced. My condolences to his family and especially Bruce. R.I.P. #BobKulickRIP :(."

Singer Jeff Scott Soto wrote: "Ugh, another peer, colleague & someone I considered friend has passed. I worked with Bob Kulick on many recordings through the years, most notably the many tribute albums he produced. My condolences to his brother Bruce and extended Kulick family."

In 1972, Kulick initially tried out for a then-unknown band -- now KISS -- but the guitarist gig ended up going to Ace Frehley, who had auditioned right after Kulick, according to Yahoo! Entertainment.

Per the outlet, five years later the band -- which also consisted of Gene Simmons, Paul Stanley, and Peter Criss -- hired Kulick for their record "KISS Alive II" and he secretly recorded for them. From there, he would go on to lend his talents -- albeit under wraps -- to more albums for KISS including, "Unmasked," "Killers" and "Creatures of the Night," in addition to Stanley's 1978 eponymous solo album, Yahoo! reported

In 1984, Bruce Kulick officially joined KISS until 1996. Bob and Bruce performed a 13-song setlist of KISS music live together for the first time ever in 2017 on the annual KISS Kruise, according to the outlet.

In a 2018 interview with Ultimate Classic Rock (UCR), Kulick said he didn't have an issue with keeping his work with KISS a secret.

"In this circumstance, being friends with Gene [Simmons] and Paul [Stanley], it was important to me that when they said ‘This has to be between us and us only,' that I’m going to keep my word," he told the outlet at the time. "It’s all about integrity, and that’s how I’m able to keep going."

Kulick continued: "I make great music; I don’t settle. I never went for the easy way: 'Oh, just take the money.' I never did that, it’s just not me. I never recorded an artist and took their money if I thought they were below the bar line, like ‘this is going to be embarrassing.' It wouldn’t help them, it wouldn’t help me."

Per UCR, in addition to his work with KISS, Kulick was the lead guitarist on Lou Reed's 1975 record "Coney Island Baby." He also worked with the likes of Meat Loaf, Michael Bolton, W.A.S.P. and Diana Ross.

Bob Kulick released a solo album titled "Skeletons In The Closet" in 2017. He also worked on the “SpongeBob SquarePants” song “Sweet Victory."