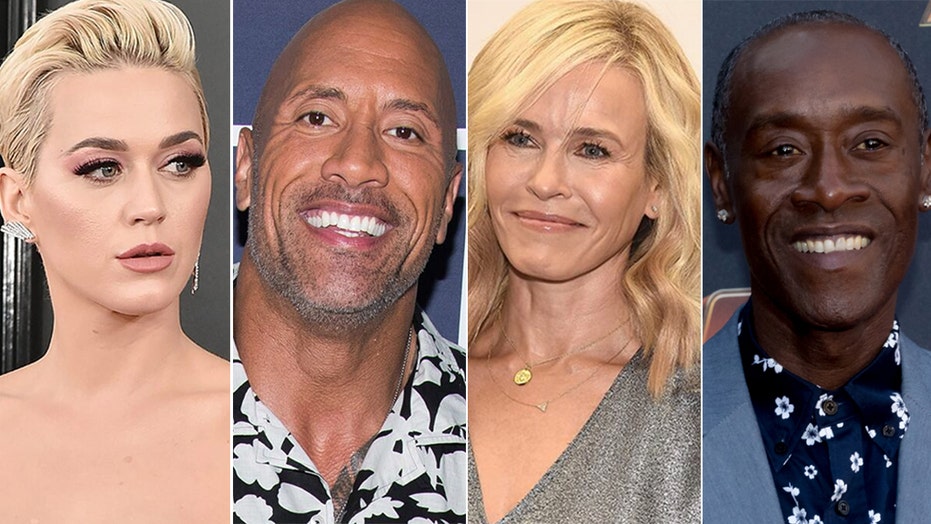 Celebrities from Katy Perry and Dwayne “The Rock” Johnson to Susan Sarandon are shining a light on police brutality by posting completely black photos on social media -- but not everyone thinks it’s a good idea.

When posting a solid black block on Instagram, many celebrities used the hashtags #BlackoutTuesday and #justiceforgeorgefloyd. Blackout Tuesday is just one of the many forms of protest some have participated in as the nation grapples with George Floyd's death.

CNN’s A.J. Willingham wrote a piece headlined, “Why posting a black image with the 'Black Lives Matter' hashtag could be doing more harm than good,” which explained potential issues with the particular protest.

Celebrities from Katy Perry and Dwayne 'The Rock' Johnson to Susan Sarandon are shining a light on police brutality by posting completely black photos on social media.  (Getty)

“While these posts may be well-intended, several activists and influencers have pointed out that posting a blank black image with a bunch of tags clogs up critical channels of information and updates,” Willingham wrote in reference to specifically using the hashtag #BlackLivesMatter.

“Protests are still raging around the country. Arrests are piling up by the thousands. Visibility for different groups and activist projects are key right now. And one of the most common ways to keep track of all of this is by monitoring or searching tags,” Willingham added, pointing to a tweet from activist Kenidra Woods.

“We know that’s it no intent to harm but to be frank, this essentially does harm the message. We use hashtag to keep ppl [sic] updated,” Woods wrote. “PLS [sic] stop using the hashtag for black images!!”

The #BlackoutTuesday, also known as #TheShowMustBePaused, started as a movement designed to highlight police brutality in addition to inequality in the music industry. It was reportedly started by two female music executives -- Brianna Agyemang and Jamila Thomas -- and serves as an intentional effort to disrupt the workweek.

A website for the movement reads: "In response to the murders of George Floyd, Breonna Taylor, Ahmaud Arbery and countless other Black citizens at the hands of police, #TheShowMustBePaused is an initiative created by two Black women in observance of the long-standing racism and inequality that exists from the boardroom to the boulevard. We will not continue to conduct business as usual without regard for Black lives."

"Tuesday, June 2nd is meant to intentionally disrupt the workweek. Monday suggests a long weekend, and we can't wait until Friday for change. It is a day to take a beat for an honest, reflective and productive conversation about what actions we need to collectively take to support the Black community."

Others found issues with the protests, too: