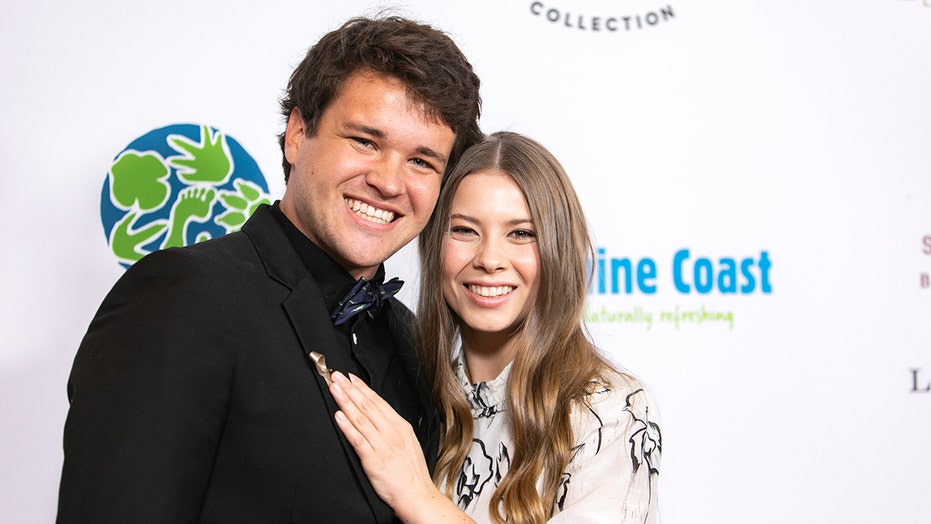 Bindi Irwin and her husband, Chandler Powell, tied the knot back in March amid the coronavirus pandemic, shifting their wedding plans and forcing the couple to carry on with a ceremony without guests.

Now, the pair opened up about their ongoing honeymoon, which has been just as unpredictable, "slightly crazy," even.

The pair appear to still exude newlywed bliss, according to Entertainment Tonight, who recently interviewed the couple. Irwin reminisced about rushing around in her white gown to pull off last-minute changes to their nuptials at her family's Australia Zoo. It's the same location they've spent the last several weeks as they embark on their new lives together.

"We are so grateful to take on this new era as a married couple, but it has been a really funny time," Irwin, 21, told the outlet. "We have spent our honeymoon here at Australia Zoo caring for 1,200 animals. It's been really fun."

Fun and a bit chaotic, her husband Powell dished.

"It's been slightly crazy," the Florida native said. "So shortly after we got married, the zoo had to temporarily close which was unbelievable to everyone."

Irwin piggybacked off of Powell's comments, adding that their honeymoon has "been spent busier than any other time." They are now making sure all of the animals at the facility are taken care of.

BINDI IRWIN AND FAMILY HAVE TREATED MORE THAN 90,000 ANIMALS HURT IN AUSTRALIA WILDFIRES

"It's been a whirlwind to say it lightly," the 21-year-old told the outlet. "You know, I would expect nothing less of an Irwin honeymoon."

Speaking of the exotic animals at the zoo, Irwin and Chandler also spilled on how the creatures became a part of their big day.

"I think it was so funny when we were getting all of our wedding pictures, so the one thing photo-bombing every picture was our giant giraffe, Forest. He decided that he had to be in every single wedding photo," she explained. "It was cute."

Irwin and Powell announced their engagement in July of 2019. The daughter of the late famed animal expert Steve Irwin, who was killed by a stingray while filming off the Great Barrier Reef in 2006 at age 44, previously noted that her brother, Robert, would walk her down the aisle instead.

During the ceremony, Irwin said her family lit a candle in honor of her late dad.