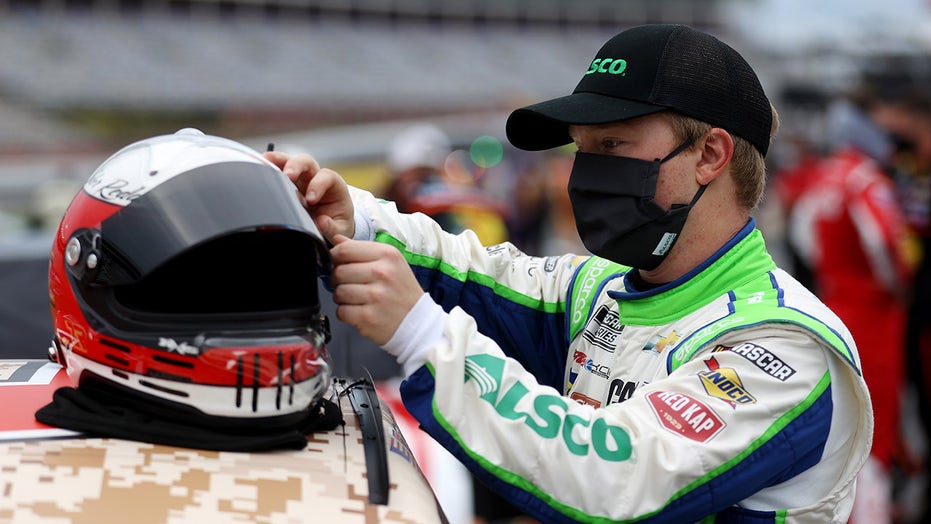 NASCAR pays tribute to the nation's health care workers at the first official professional sporting event since the onset of the coronavirus pandemic.

Tyler Reddick’s first NASCAR Cup Series season as a full-time driver hasn’t been what he expected, to say the least.

The 24-year-old two-time Xfinity Series champion has been dealing with the same challenges as everyone else since NASCAR returned to competition after a 10-week hiatus with shortened race weekends, mid-week events, and social distancing measures instituted to help prevent the spread of the coronavirus.

Tyler Reddick, driver of the #8 Alsco Uniforms Chevrolet, stands on the grid during qualifying for the NASCAR Cup Series Coca-Cola 600 at Charlotte Motor Speedway on May 24, 2020 in Concord, North Carolina. (Photo by Chris Graythen/Getty Images)

Reddick told Fox News Autos that the lack of fans in the stands isn’t much of an issue once the races are underway, but all of the changes do have a cumulative effect on the mood.

“Once we get going, it’s kind of business as usual,” the Richard Childress Racing driver said. “The biggest challenge is you normally have two or three days to really amp yourself up and get ready to go – being there at the race track, seeing fans, practicing, qualifying, watching the other [Xfinity and Truck Series] races.”

Reddick said everyone was excited about the first race back at Darlington on May 17 and that it wasn’t hard to get in the cars and go, but it was followed by another race three days later and the Coca-Cola 600 four days after that.

“It’s been really hard to convince my body that we’re racing as often as we are,” Reddick said.

“It’s been different just showing up to the race track and sitting in isolation for hours before you hop in a car. Again, not really interacting with anybody.”

Making the experience even odder is the fact that the mid-week races added to the schedule to help catch up for missed events are shorter than usual for the Cup Series. The Toyota 500-kilometer race at Darlington Raceway covered just 310 miles, while Wednesday night’s race at Charlotte Motor Speedway will be 312 miles.

Reddick, who finished eighth in the Coca-Cola 600, is used to running shorter races in the Xfinity Series and says there’s just not as much time to make up for any mistakes.

“I think it raises the stakes a little bit. Everybody really has to run a perfect race. When you’re running a race that’s the length of a Xfinity race but the depth of a Cup field, you don’t really have any room for error.”