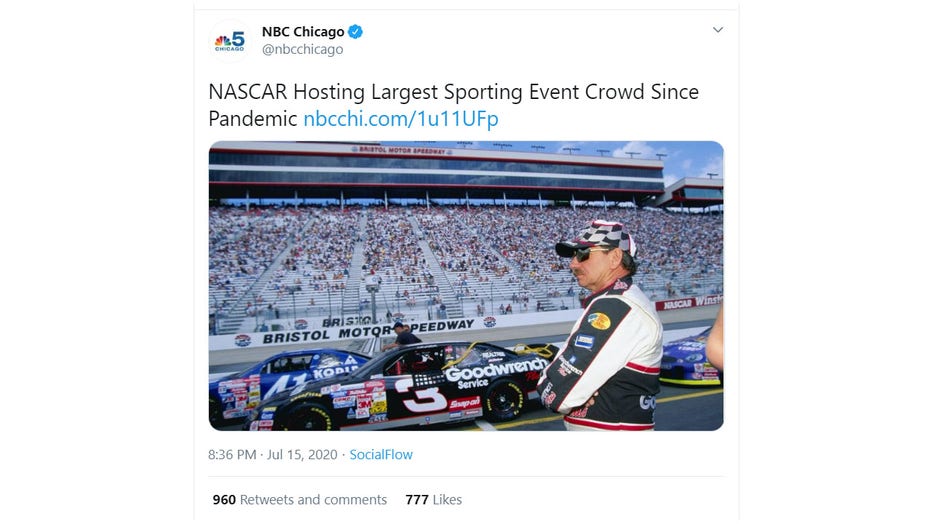 The NBC owned-and-operated affiliate sent out a tweet Wednesday night about NASCAR hosting the largest live sports audience since the coronavirus pandemic began at Bristol Motor Speedway that featured a Getty Image of the late Dale Earnhardt Sr. standing in front of a half-empty grandstand at the track in 1999.

Earnhardt was killed in a racing accident in 2001, and many apparent NASCAR fans were quick to note the error and voice their dismay in responses to the post, which received nearly 1,000 comments and was finally deleted sometime after 8 A.M. Thursday morning.

Even Bristol Motor Speedway’s official account chimed in, offering a more up to date photo.

The tweet was originally sent at the beginning of Wednesday's All-Star race, but contained a link that later directed to a story filed at the end of the event that did not include the image.

Dale Earnhardt Jr., who is an NBC Sports analyst, has not commented on his social media about the mistake.

Fox News has not yet been able to reach an NBC representative for comment.