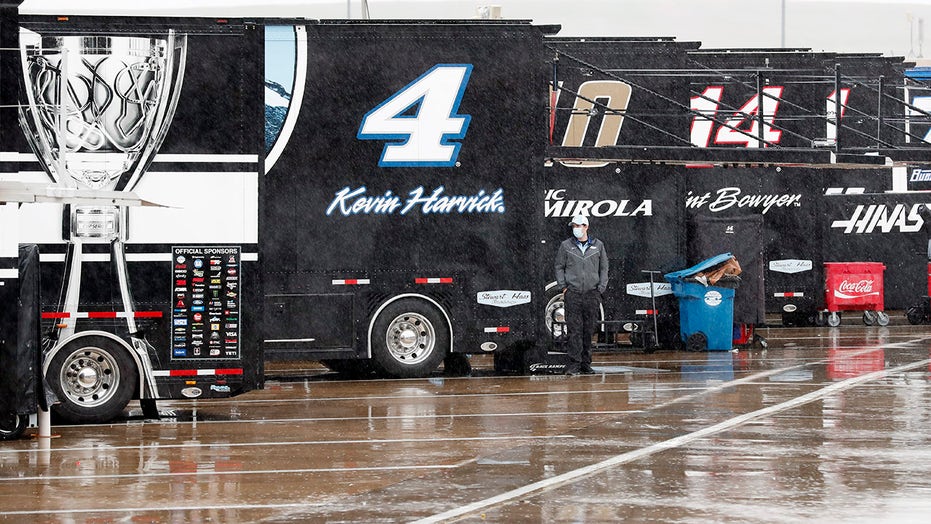 NASCAR pays tribute to the nation's health care workers at the first official professional sporting event since the onset of the coronavirus pandemic.

NASCAR’s Wednesday night Cup Series race at Charlotte Motor Speedway was postponed due to rain and is now set for Thursday night at 7 p.m. EDT, and will be broadcast on FS1. The Alsco Uniforms 500 is scheduled to cover 208 laps of the 1.5-mile oval for 312 miles, or just over 500 kilometers.

William Byron will start at the front of a starting lineup that was set by inverting the order of the top 20 finishers from the Coca-Cola 600, which puts winner Brad Keselowski in 20th position. The bottom 20 were inverted for positions 21-40, but Jimmie Johnson will start last, even though he was listed in 40th because he was disqualified from the Coca-Cola 600 after his car failed a post-race inspection.

NASCAR has also bumped the Xfinity Series race that was scheduled for Saturday at Bristol Motor Speedway to Monday at 7 p.m. because the shortened turnaround wouldn’t give the Fox Sports broadcast crew enough time to relocate for Saturday.