NASCAR driver Justin Allgaier was hospitalized in Kentucky on Thursday night after being involved in a crash during the final lap of a race at the Kentucky Speedway.

Allgaier was competing in a Shady Rays 200 NASCAR Xfinity Series race, according to the official NASCAR website.

Video of the multi-car crash shows at least three cars involved: Drivers of the Nos. 61 and 90 vehicles (Timmy Hill and Ronnie Bassett, respectively) were evaluated and released from the speedway’s infield care center, NASCAR said, while Allgaier, in the No. 7 car, required hospitalization.

The exact nature of Allgaier’s injury was not immediately known. 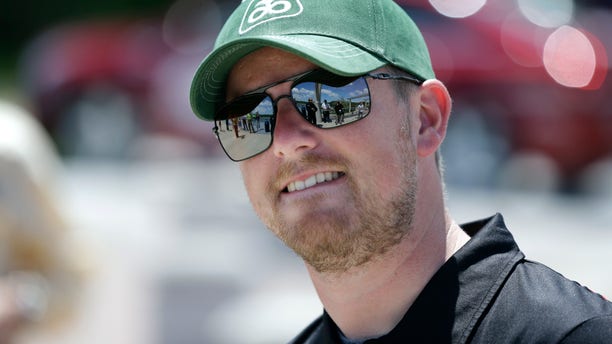 NASCAR driver Justin Allgaier looks on during a promotion for the DuPont Pioneer 250 NASCAR Nationwide Series on May 20, 2013, in Des Moines, Iowa. (AP Photo/Charlie Neibergall) (The Associated Press)

Johnson has since had two negative tests, and has been cleared for a return to racing.