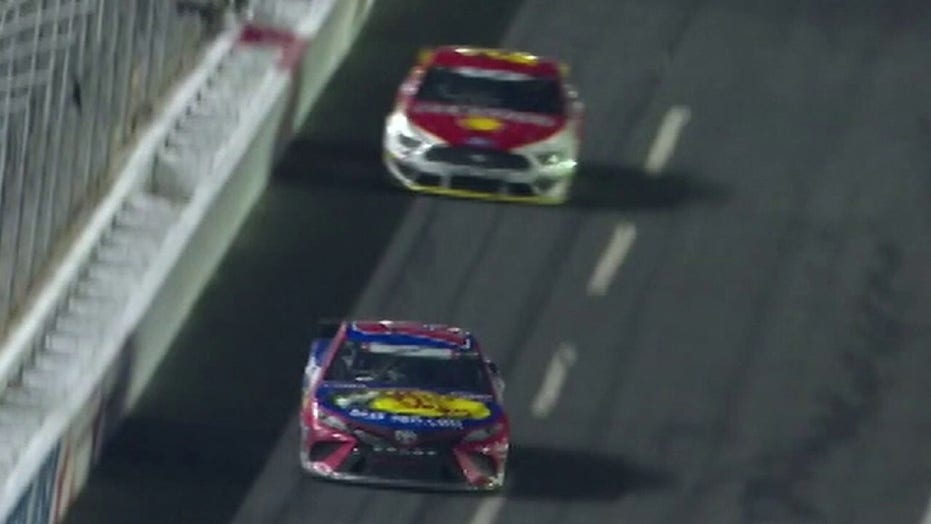 Nascar roars on with Coca-Cola 600 at Charlotte

The most celebrated day in motor sports -- the Sunday of Memorial Day weekend -- has a much different look this year due to the coronavirus pandemic.

The day usually features the Monaco Grand Prix in Europe, the Indianapolis 500 and the NASCAR Coca-Cola 600 in Charlotte.

This year, the pandemic has forced the cancellation of the Monaco race and the postponement of the Indy 500 until August.

The only race revved up to go is the NASCAR race -- the stock car circuit’s longest of the year.

Charlotte Motor Speedway is shown in Concord, N.C., Wednesday, May 20, 2020. Some fans have been coming to the Coca-Cola 600 for decades, but they won鈥檛 be allowed into Charlotte Motor Speedwa媒 on Sunday due to Covid-19, leaving the grandstands empty and many disappointed. (AP Photo/Steve Reed)

HOW TO WATCH NASCAR'S COCA-COLA 600 AT CHARLOTTE MOTOR SPEEDWAY

The Charlotte 600 at the 79,000-seat speedway will have a total of 900 to 1,000 people on the property, consisting of drivers, each race team’s crew members, NASCAR officials, a smaller-than-usual on-site TV production crew, medical staffers and a media press-box contingent of four reporters, according to the Charlotte Business Insider.

The dusk-to-dark race is a Memorial Day celebration, with fallen heroes honored on each car and a post-race fireworks spectacular.

NASCAR'S STEVE PHELPS ON COCA-COLA 600 HONORING FALLEN US SERVICE MEMBERS: 'A REALLY SPECIAL TIME FOR US'

The race itself is one of the most grueling of the season. It’s almost always hot, the race is 100 miles longer than any other and it is a true battle of attrition. Drivers love the event and many teams enjoy the challenge of tackling a 600-miler. They also respect what the Coca-Cola 600 has become over the last 61 years.

“I think for our hardcore fans and for the people that appreciate the history of NASCAR, the 600 is it’s own kind of animal and it’s own show,” said driver Martin Truex Jr. “For us in the sport and drivers especially, it’s a big one and it’s one we all want to win.”

The Coca-Cola 600 is the third Cup Series race in the past week since NASCAR returned to the track on May 17.