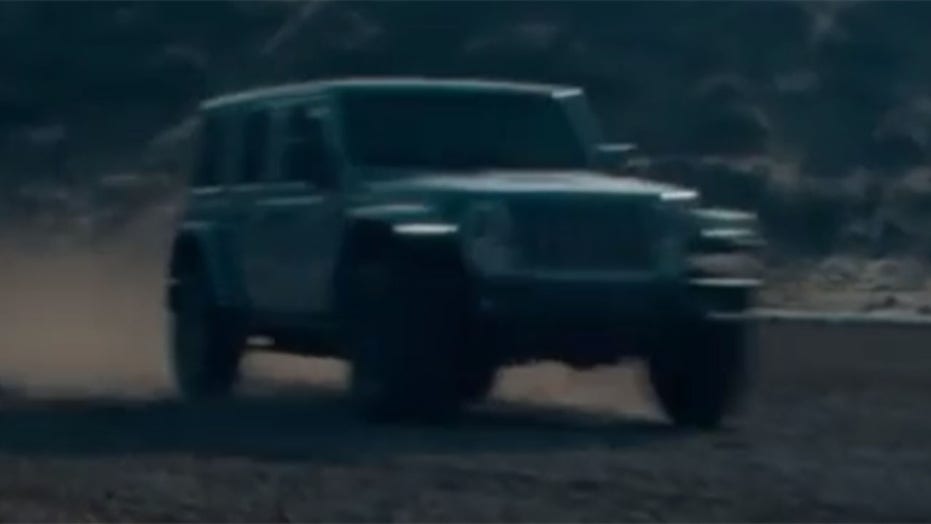 Th e 2020 Jeep Wrangler EcoDiesel is the most fuel-efficient Wrangler ever, but can it handle the rough stuff? Fox News Autos editor Gary Gastelu took it into the woods to find out.

Jeep won’t go quietly into the night. But it will go quietly.

While the automotive world was focused on the return of the Ford Bronco, Jeep dropped a sneak peek at an upcoming electrified Wrangler that will compete with it. A teaser video posted to Facebook on Monday offers a first look at the Jeep Wrangler 4xe plug-in hybrid.

Jeep had a static display of the vehicle on its stand at CES in January, but hadn’t followed up with any information since due to the coronavirus pandemic. Details on the vehicle have not been revealed, but it will offer the ability to go short distances in all-electric mode then deliver improved fuel efficiency, similar to the way the Pacifica Hybrid minivan operates.

Jeep also plans to introduce hybrid versions of the Renegade and Compass and currently offers mild-hybrid eTorque versions of the turbocharged four-cylinder and V6 engines in the Wrangler, which give them an added torque boost.

Jeep may also be giving the Wrangler a big power boost soon. On Monday, it also revealed a Wrangler concept with a 450 hp Hemi V8 that it said it’s ready to build if its customers want it.

Ford had previously said it plans to introduce a hybrid version of the new Bronco, but did not mention it when the all-new truck debuted this week.

A launch date for the Wrangler 4xe has not been announced.