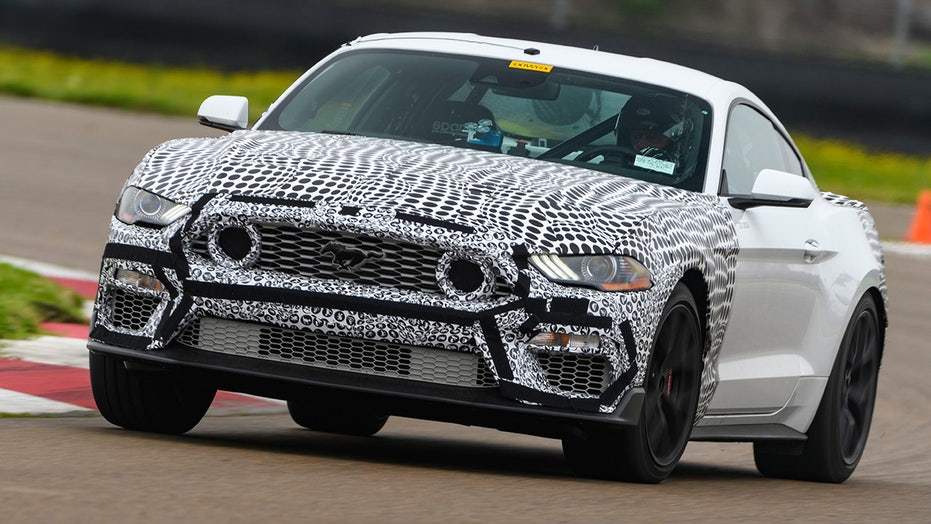 Things might get a little confusing when you step into a Ford dealership next year.

The special edition coupe will feature track-capable handling upgrades and a 5.0-liter V8, but Ford isn’t dishing all the details on it just yet.

The Mach 1 was introduced in 1969 as the highest-performing model below the Boss 302 and Shelbys and it was the best-selling Mustang that year. (Ford)

Photos of a partially disguised prototype released by Ford reveal that it has a unique front end with large circular air intakes in the grille, the rear wing from the Mustang Shelby GT350, high-performance Brembo front brakes and the 305 mm-wide tires currently offered with the Mustang GT’s Performance  Pack 2 upgrade.

Ford describes it as the “epitome of naturally aspirated 5.0-liter V8 performance,” which suggests it will have at least as much power as the Mustang GT Bullitt’s 480 hp, but possibly much more.

The Mach 1 will likely replace the Bullitt in the Mustang lineup, so if you’re interested in picking up one of those Steve McQueen tribute cars, time may be running short. Ford has also billed the Mach 1 as a limited edition car, which makes sense, as an all-new next-generation Mustang is expected to debut for the 2023 model year.

The Mach 1 is scheduled to go on sale next spring.