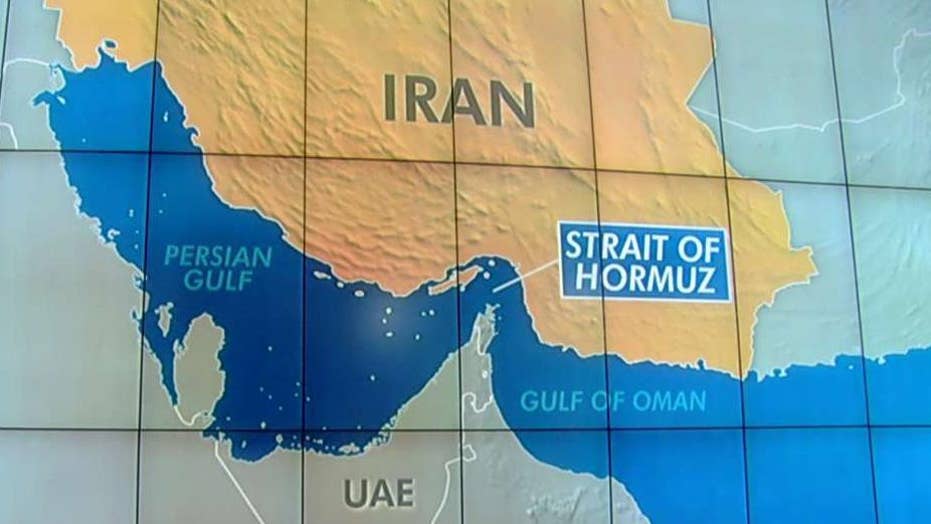 Report: US has 'suspicions' that Iran seized missing oil tanker

The UAE-based tanker turned off its transponder and stopped transmitting its position late Saturday in Iranian waters.

A small oil tanker that stopped transmitting its location more than two days ago while traveling through a vital waterway near the Persian Gulf didn't emit a distress call, causing U.S. officials to suspect Iran may have seized the vessel, American defense officials said Tuesday.

The MT Riah, a Panamanian-flagged vessel based in the United Arab Emirates, was traveling Saturday night through the Strait of Hormuz when its tracking system went dark. The disappearance could add to already-heightened tensions between Iran and Western nations in the region.

"Could it have broken down or been towed for assistance? That's a possibility," an unidentified U.S. official told The Associated Press. "But the longer there is a period of no contact. It's going to be a concern."

If Iran did seize the ship, it's apt to be the latest in a series of provocations involving oil tankers in the region. Iran has threatened to stop tankers in the strait if it is not allowed to sell its own oil abroad.

Around 20 percent of all crude oil passes through the strait.

The 190-foot tanker stopped transmitting its location around 11 p.m. as tracking data showed its last position pointing toward Iran.

"That is a red flag," said Capt. Ranjith Raja of the data firm Refinitiv. He said the tanker had not switched off its tracker in three months of trips around the U.A.E.

The Islamic Republic has not commented on the ship's disappearance.

An Emirati official speaking on condition of anonymity told AP that "we are monitoring the situation with our international partners."

Several oil tankers traveling through the Persian Gulf have been targeted in recent months as Iran continues to mount a campaign aimed at obtaining relief from U.S. sanctions over its nuclear program.

It recently surpassed its uranium enrichment levels limited by its 2015 nuclear deal, from which President Trump withdrew over a year ago.

Without commenting on the U.A.E.-based oil tanker, Iran's Supreme Leader Ayatollah Ali Khamenei said Tuesday that the country will retaliate over the seizure of its supertanker carrying over 2.1 million barrels of light crude oil.

"God willing, the Islamic Republic and its committed forces will not leave this evil without a response," he said.

British Royal Marines seized the vessel earlier this month off Gibraltar on suspicion of trying to provide oil to Syrian leader Bashar Assad, a violation of European Union sanctions. On Saturday, British Foreign Secretary Jeremy Hunt said Britain will release the ship if assurances are given that it will not violate the sanctions.

Mysterious attacks on oil tankers in recent months have been blamed n Iran, as well as the downing of a U.S. drone. In response to the escalation, the U.S. has sent thousands of troops, fighter jets and nuclear-capable B-52 bombers to the Middle East.