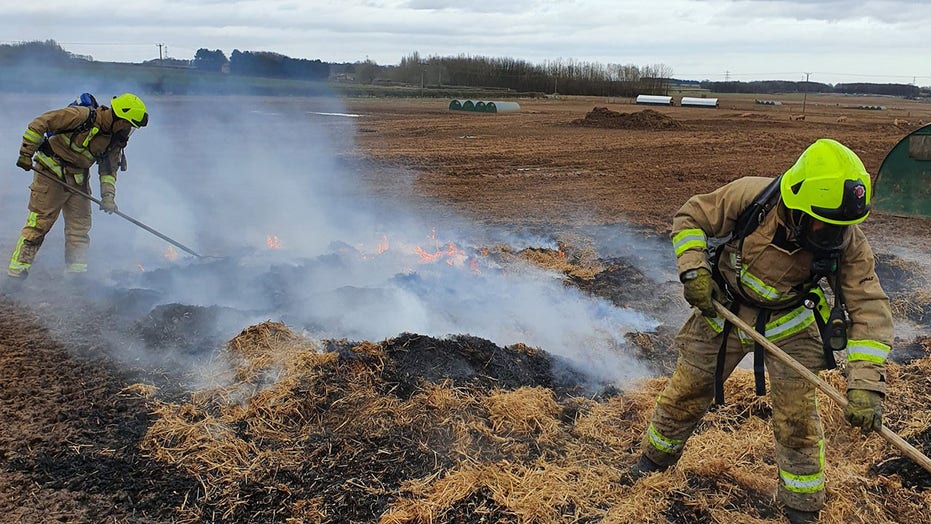 Firefighters in England were called to “save the bacon” Saturday after a pig sparked a fire in its pen by swallowing a pedometer which then combusted “after nature had taken its course,” officials said.

Fire crews responded to the 800-square-foot (75 square meters) blaze at four pig pens on a farm near Bramham, Leeds, around 1:30 p.m., the North Yorkshire Fire and Rescue Service said.

“Should be an oink not a tweet,” the service wrote on Twitter. “A hose reel was used to extinguish the fire and save the bacon.”

Firefighters believed that copper from the pedometer’s batteries reacted with the pig’s excrement and dry hay to ignite the fire.

The pedometers, gadgets that measure the number of steps its wearer takes, were worn by the pigs to prove they were free-range, the fire service said.

No animals or humans were hurt in the fire.