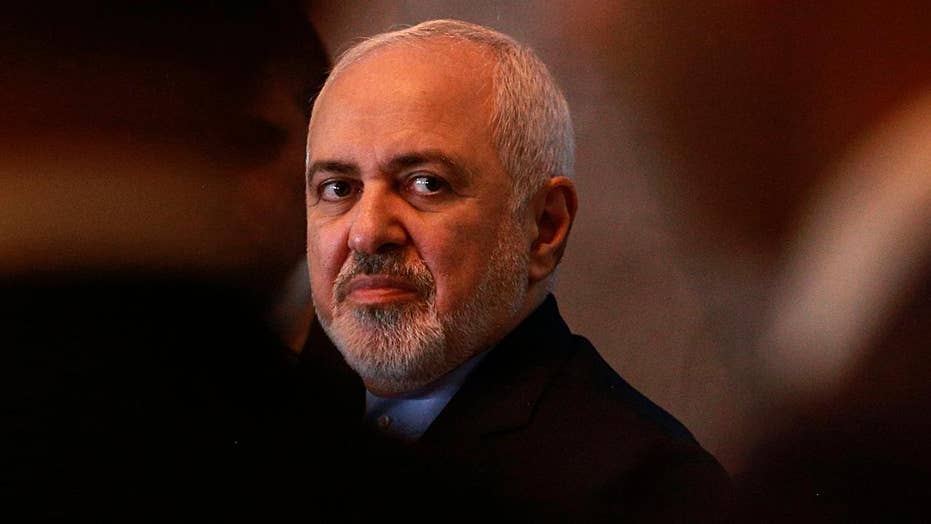 Iran denies knowledge of drone encounter with US warship

U.S. Navy claims the USS Boxer had to take defensive action against an Iranian drone; Trey Yingst reports from Jerusalem.

Iran on Friday denied President Trump's claim that a U.S. warship destroyed an Iranian drone near the Persian Gulf after it threatened the ship — an incident that further escalated tensions between the countries.

Trump said Thursday that the USS Boxer – which is among several U.S. Navy ships in the area – took defensive action after an Iranian drone came within 1,000 yards of the warship and ignored multiple calls to stand down.

Trump blamed Iran for a "provocative and hostile" action and said the U.S. responded in self-defense. But Iran's foreign minister, Mohammad Javad Zarif, told reporters as he arrived for a meeting at the United Nations that "we have no information about losing a drone today."

The Iranian military said all its drones had returned safely to their bases and denied there was any confrontation with a U.S. vessel.

"We have not lost any drone in the Strait of Hormuz nor anywhere else," tweeted Deputy Foreign Minister Abbas Araghchi.

The strait is at the mouth of the Persian Gulf and serves as the passageway for a fifth of all global crude exports.

The Pentagon said Thursday's incident happened at 10 a.m. local time in international waters while the Boxer was transiting the waterway to enter the Persian Gulf.

JIM HANSON: US DOWNING OF IRANIAN DRONE IS A WARNING TO STOP AGGRESSION AND SUPPORT FOR TERRORISM

The Iranians and Americans have had close encounters in the Strait of Hormuz in the past, and it's not unprecedented for Iran to fly a drone near a U.S. warship.

Thursday's incident was the latest in a series of events that raised U.S.-Iran tensions since early May when Washington accused Tehran of threatening U.S. forces and interests in Iraq and in the Gulf.

In response, the U.S. accelerated the deployment of the Lincoln and its strike group to the Arabian Sea and deployed four B-52 long-range bombers to the Gulf state of Qatar. It has since deployed additional Patriot air defense missile batteries in the Gulf region.