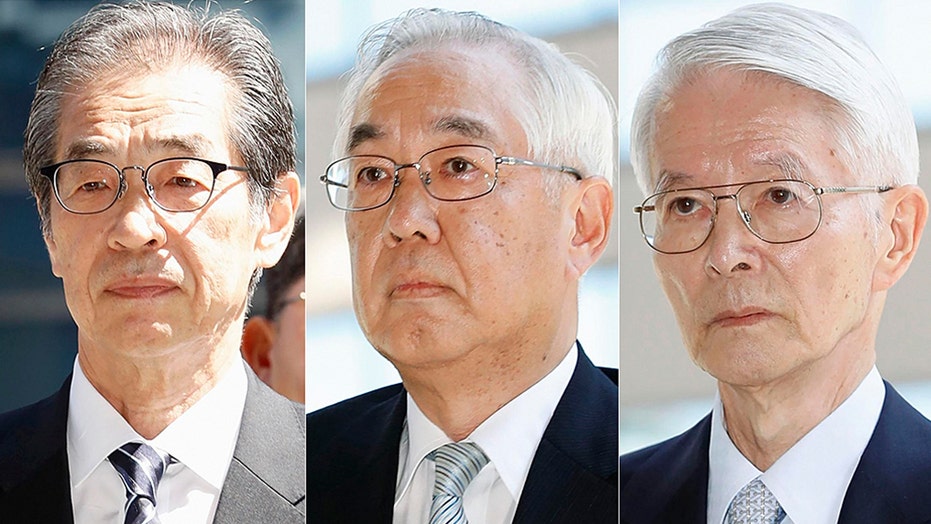 Three former executives facing five years in jail for professional negligence in the 2011 nuclear meltdown of the Fukushima plant in Japan were found not guilty in a Thursday ruling.

Tokyo Electric Power Company ex-chairman Tsunehisa Katsumata, 79, and two other former executives - Sakae Muto, 69, and Ichiro Takekuro, 73 - were found not guilty in a criminal trial where prosecutors accused them of failing to take preventive measures that might have prevented the meltdown of three nuclear reactors at the Fukushima Dai-ichi plant following a massive earthquake and subsequent tsunami.

The trio was also found not responsible for the 44 elderly patients who died as a result of forced evacuations from a local hospital on Japan’s northeastern coast.

The trial began in June 2017, just over six years after a magnitude 9.0 earthquake and tsunami caused three of the plant’s reactors to fail, causing tens of thousands of residents to evacuate over fears of radiation contamination.

Prosecutors argued that the officials didn’t take sufficient measures to protect against the threat of a tsunami. However, the court ruled that TEPCO leadership was aware of a need to improve tsunami prevention measures and considering taking steps, but their measures were in line with government safety standards at the time.

Defense attorneys also argued that the tsunami projection was not well-established. They said the actual damage was larger than projected, and that if TEPCO had taken steps based on the projection, it would not have prevented the disaster.

Despite the judge's ruling, prosecutors are expected to appeal the decision.

Hiroyuki Kawai, a lawyer representing the more than 5,700 Fukushima residents who filed the criminal complaint to prosecutors, said before the ruling that he expected the legal battle to last about a decade because the losing side would appeal.

To date, TEPCO has spent $83 billion on compensation related to the disaster. It needs to spend an estimated $74 billion to decommission the plant and $55 billion for decontamination.