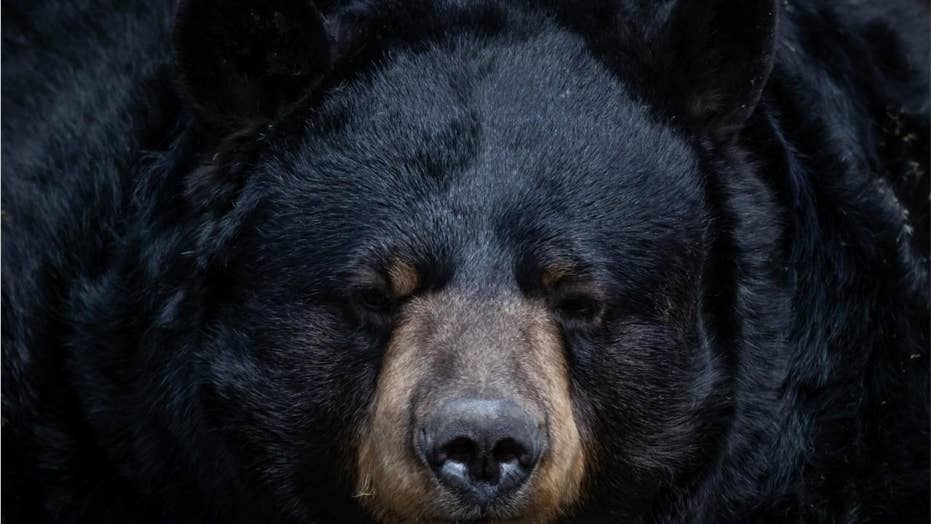 Canadian man says he pleaded with black bear during attack: 'You don't have to do this'

Canadian man says he pleaded with black bear while he was being attacked. A local dog distracted the bear setting the man free.

A Canadian man fighting for his life begged his assailant to let him go, but his pleas went unheeded — which is probably because black bears don't understand English.

Brandon Lattie, 27, was on a walking trail in British Columbia at the Ferguson Lake Nature Reserve on Wednesday night when he says he spotted the bear, which began to chase him.

Lattie told CBC News he ran and jumped into a small lake, not expecting the bear to follow him.

"It happened so fast I couldn't even think, so that seemed like the right thing to do," he said.

But the swampy water slowed him and the bear swiped at Lattie, leaving him with scratch marks on his back and arm. The 27-year-old said the dogged bear even tried to hold him underwater.

"I think it was trying to hold me underwater. I was already physically tired and kind of out of breath from when I ran away and then the next thing I know I'm...going to try to get drowned by a frickin' bear," he told the news outlet.

Lattie said he noticed "there was at least a foot or two of water above me" and pushed himself "back up to fight back."

It was then, Lattie said, he resorted to begging.

A family said they were nearby and saw Lattie running away from the bear in the lake. Lucky for Lattie, the family's dog began to bark, distracting the bear and giving the 27-year-old a chance to break free and swim to a dock.

"It could have been a whole lot worse," Lattie said. "As soon as I got hit, I just thought, 'OK, this is where I die. This is where my head gets chewed apart.'"

Brandon Lattie said he ran into the lake, thinking the bear wouldn't follow him, but it did. (Google)

Separately, a 62-year-old Minnesota woman, Catherine Sweatt-Mueller, was killed by a black bear on Sept. 1 while on Red Pine Island in the Canadian waters of Rainy Lake.

Experts say the attack was extremely rare and the bear was being sent for a necropsy to determine a reason for the animal's abnormal behavior.

Black bears, according to Dave Garshelis, a bear research scientist with the Minnesota Department of Natural Resources, are "very unaggressive" and tend to be timid around people.

Garshelis said that, on average, a fatal attack by a black bear happens about once a year in all of North America.