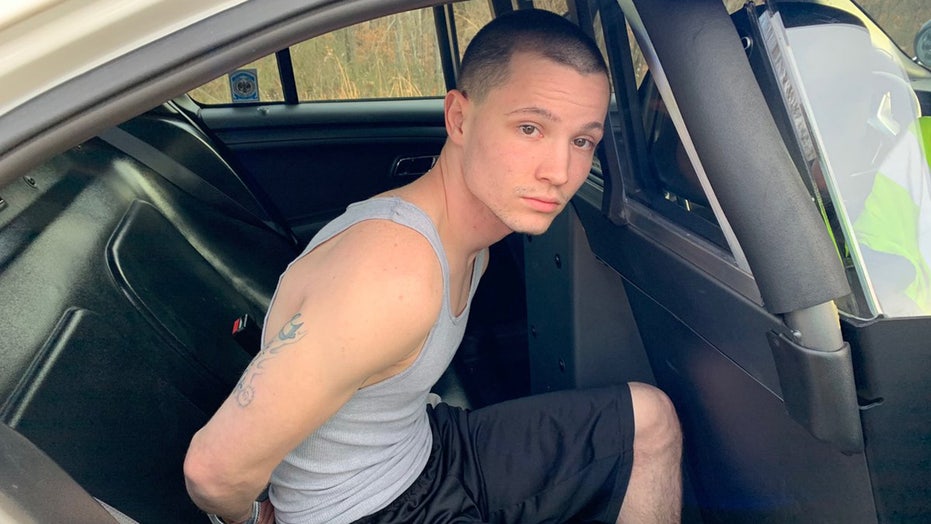 The Tennessee man who was wanted in the deadly stabbings of the brother of San Francisco 49ers quarterback C.J. Beathard and another man was arrested Wednesday after a manhunt, police announced.

“Accused double murderer Michael D. Mosley just arrested in Cheatham County,” Metropolitan Nashville Police Department tweeted, adding that he will be booked on two counts of criminal homicide and one count of attempted criminal homicide for Saturday morning's stabbing of three men, two of which were deadly.

Mosley, 23, surrendered from a vacant home in Cheatham County, about an hour from Nashville, after law enforcement, including the Tennessee Bureau of Investigation (TBI), the Metro Nashville Police Department’s SWAT team and the U.S. Marshals' Fugitive Task Force surrounded the property, investigators added.

TENNESSEE MAN, 23, SOUGHT IN STABBINGS THAT KILLED 2, INCLUDING BROTHER OF 49ERS QB BEATHARD

Mosley, whom officials added to the TBI’s Most Wanted list Tuesday, allegedly stabbed and killed Clayton Beathard, 22, and Paul Trapeni III, 21, inside a Nashville bar on Saturday, investigators said.

A third victim, who was not identified, suffered injuries to his eye and arm, the Tennessean reported. Clayton Beathard is the brother of 49ers quarterback C.J. Beathard.

Police were still investigating exactly what led up to the altercation, but said it appeared to be about an “unwanted” advance made “by a man toward a woman in the bar.”

C.J. Beathard, 26, returned to the Nashville area to support his family and missed Saturday night's game against the Los Angeles Rams.

The Beathard brothers are the grandsons of Hall of Fame NFL executive Bobby Beathard and sons of country music songwriter Casey Beathard and Susan Beathard.

At the time the stabbings took place, Mosley was out on a $5,000 bond while facing an assault charge for allegedly punching a woman at a Walmart in 2018, according to the newspaper.