Reverberations from Jeffrey Epstein’s apparent suicide in a federal lockup are being felt across the Atlantic, where the investigation into the disgraced financier's alleged sex-trafficking crimes – coupled with the interest generated by his shocking death – is renewing scrutiny on a member of the royal family — Britain’s Prince Andrew.

The Duke of York's longtime friendship with the convicted sex offender has led in the past to unwanted headlines for Buckingham Palace, particularly concerning allegations from Virginia Giuffre that Epstein paid her to have sex with the prince nearly two decades ago, when she was 17.

But with Epstein’s death Saturday in a New York City jail, which came just hours after the unsealing of a trove of court papers totaling more than 2,000 pages, the 59-year-old prince known as “Randy Andy” by British tabloids is again being pressed on the allegations of inappropriate behavior. 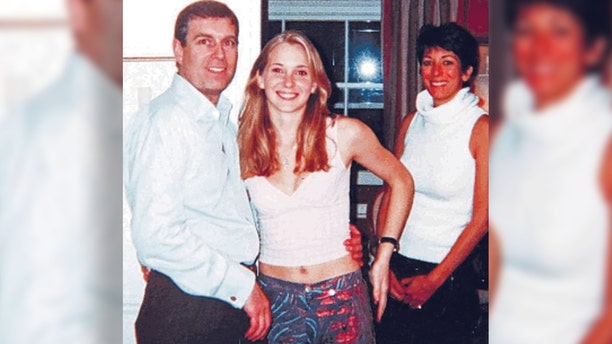 Photo from 2001 that was included in court files released last week shows Prince Andrew with his arm around the waist of 17-year-old Virginia Giuffre who says Jeffrey Epstein paid her to have sex with the prince. Andrew has denied the charges. In the background is Epstein's girlfriend Ghislaine Maxwell. (U.S. Second Circuit Court of Appeals)

Included in the documents are portions of a deposition from Johanna Sjoberg, who said she was 21 years old in 2001 when Andrew grabbed her breast at Epstein’s mansion in New York.

Sjoberg testified the incident was sparked when "someone" suggested those gathered take a picture, at which point Sjoberg said she and Maxwell went to a closet and grabbed a puppet of Andrew.

"They told us to go get on the couch,” she said in the 2016 deposition. “And so Andrew and Virginia sat on the couch, and they put the puppet, the puppet on her lap. And so then I sat on Andrew’s lap, and, I believe on my own volition, and they took the puppet’s hands and put it on Virginia’s breast, and so Andrew put his on mine."

“I knew it was Prince Andrew because I knew him as a person,” she said. 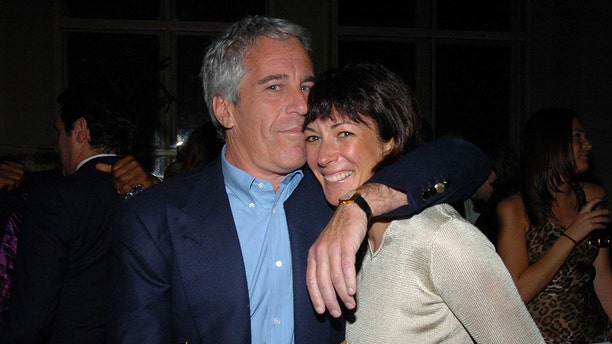 The court papers also include a photograph that has been in circulation since 2015 showing Andrew with his arm around Giuffre's bare waist in London in 2001. Giuffre says she was 17 at the time.

Maxwell is visible standing in the background of the picture.

“This particular photograph corroborates Ms. Giuffre’s claims, and there is no other reasonable explanation why an American child should be in the company of adults not her kin, in the London house owned by the girlfriend of a now-convicted sex offender,” Giuffre's lawyers said in the court papers.

On Sunday, British media caught sight of Andrew on his way to church alongside his mother, Queen Elizabeth II. The queens' presence was seen by media analysts as a sign of support for the prince from Buckingham Palace.

The palace also released a statement saying Andrew was not a party to the U.S. proceedings in which his name had appeared and denied any illegality had occurred, according to The Sun.

“Any suggestion of impropriety with underage minors is categorically untrue," the statement said.

Buckingham Palace has previously denied the allegations that the prince had sex with Giuffre.