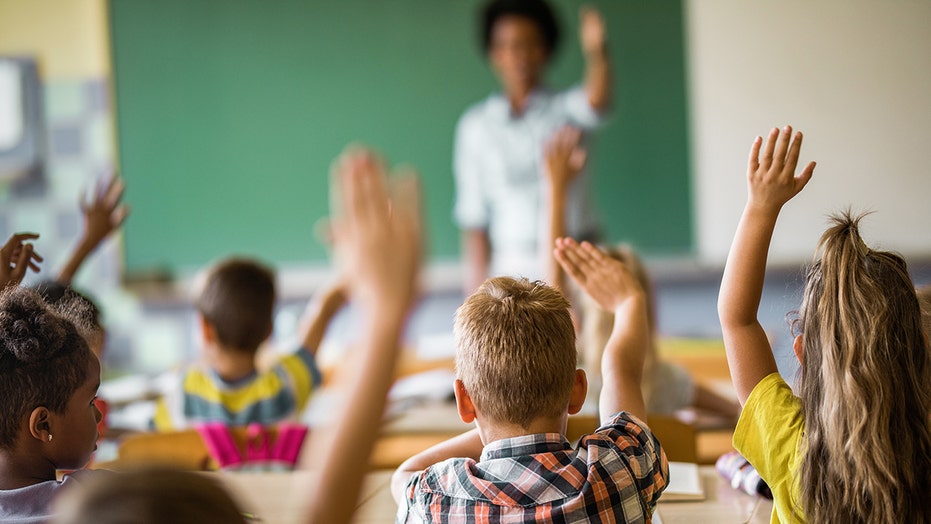 Students at an elementary school in New Jersey are using radiators as makeshift desks while others are forced to stand during class because of a serious overcrowding issue, a new report claims.

Valerie Ramirez, a sixth-grader at Lindbergh Elementary School in Palisades Park, says she has to run to her weekly computer class to ensure she has somewhere to do her work.

Valerie says the student by the radiator uses it as a desk while at least four students are forced to just stand.

Another sixth-grader told WABC the overcrowding has now started to impact students’ ability to take tests.

“When we take math tests, some people usually don't finish,” Camila Reynoso told the station. "So some people do come and take people's spots and then you have to wait to 2:45 for dismissal."

Parents attribute the problem to the district’s application process, which they allege allows students from outside to attend the school.

"I don't want any problems. I just want everyone working together," she said. "I don't want my daughter to say she hates school or to be told she can't finish her lunch."

According to the report, last year’s graduating class had 92 students while the incoming kindergarten class had 168.

Superintendent Joseph Cirillo told NorthJersey.com in November that the classrooms averaged 32 to 34 students despite the state’s Department of Education recommendation of only 23.

School officials did not immediately reply to Fox News’ request for comment but Cirillo told WABC in a statement that “every child has a seat” and that they can choose to stand in computer and science labs.

He also pointed out that a spending proposal that called for more classrooms to be built was shot down by voters.

Paulina Dedaj is a writer/ reporter for Fox News. Follow her on Twitter聽@PaulinaDedaj.