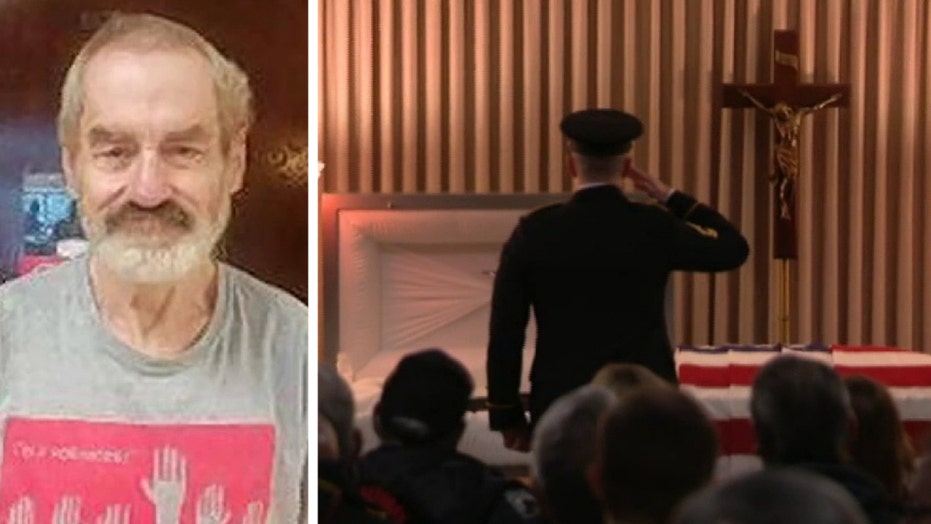 Active service members, fellow veterans, and civilians attended the funeral service for John James Murphy after he died in December 2019 and the hospital was unable to locate any living relitives.

Hundreds of people turned out for the funeral of a mechanic in the Air Force who served in Vietnam on Wednesday after an invitation was extended to the general public.

The funeral home owner, Dan Symonds, was also a veteran and provided the venue for free. He then opened up the doors to anyone who wanted to attend, posting a message on Facebook with the event's details.

Symonds also reportedly received clearance from the Department of Veterans Affairs to include full military honors for Murphy.

"The outcry of love and support have been overwhelming," he told ABC 7.

Murphy served as a jet engine mechanic from 1966 to 1969 and was awarded the Vietnam Service Medal.

Other veterans and current service members attended, along with local residents from the general public.

Rev. Tim Perry, who  presided over the ceremony, embraced Murphy as one of the congregation's own and said, "He is ours."

Navy veteran Clif Hall, one of the service members who attended, told the Daily Herald how surprised he was by the large turnout.

“I didn’t think so many people would be here,” he said. “This is incredible.”

The procession to the Abraham Lincoln National Cemetery received a police escort, followed by a 21-gun salute, according to The AP.